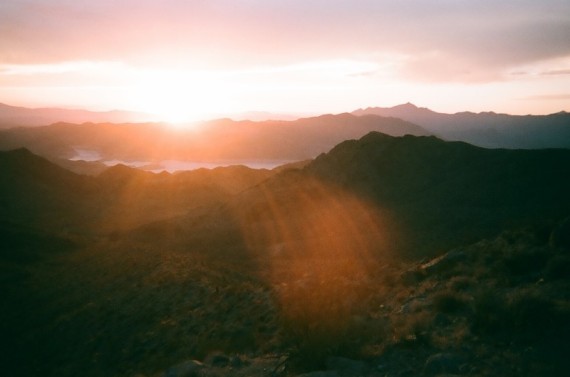 God’s splendor and glory are breathtaking

He shows us what is going to happen

1 After this I looked, and, behold, a door was opened in heaven and I heard the first voice like a trumpet talking with me; who said, Come up here, and I will show you what needs to happen after these things.  2 And immediately I was in the spirit: and, behold, a throne was set in heaven, and one sat on the throne.  3 And the one sitting looked like a jasper and a sardius stone: and there was a rainbow surrounding the throne, that looked like an emerald.

4 And around the throne were 24 seats: and on the seats I saw 24 elders sitting, clothed in white garments; and they had crowns of gold on their heads. 5 And out of the throne proceeded lightning and thunder and voices: and there were seven lamps of fire burning before the throne, which are the seven Spirits of God.

6 And before the throne there was a sea of glass like crystal: and in the midst of the throne, and around the throne, were four beasts full of eyes before and behind. 7 And the first beast was like a lion, and the second beast like a calf, and the third beast had a face as a man, and the fourth beast was like a flying eagle. 8 And the four beasts each had six wings about him; and they were full of eyes within: and they rest not day and night, saying, Holy, holy, holy, Lord God Almighty, who was, and is, and is to come.

Only He is worthy

He created all things for His pleasure

9 And when those beasts give glory and honor and thanks to him that sat on the throne, who lives for ever and ever, 10 The 24 elders fall down before him that sat on the throne, and worship him that lives for ever and ever, and cast their crowns before the throne saying, 11 You are worthy, O Lord, to receive glory and honor and power: for you have created all things, and for your pleasure they are and were created.

Jesus, the Lamb of God, redeemed us to God by His own blood

6 And I watched, and saw, in the midst of the throne and of the four beasts, and in the midst of the elders, stood a Lamb as it had been killed, having seven horns and seven eyes, which are the seven Spirits of God sent forth into all the earth. 7 And he came and took the book out of the right hand of him that sat on the throne. 8 And when he had taken the book, the four beasts and 24 elders fell down before the Lamb, (every one of them having harps and golden vials full of incense, which are the prayers of saints.)  9 And they sung a new song, saying, You are worthy to take the book, and to open its seals: for you were slain, and have redeemed us to God by your blood out of every kindred, and tongue, and people, and nation; 10 And have made us kings and priests to our God: and we will reign on the earth.

All creatures will worship Him only

11 And I watched, and I heard the voice of many angels around the throne and the beasts and the elders: and the number of them was ten thousand times ten thousand, and thousands of thousands; 12 saying with a loud voice, Worthy is the Lamb that was slain to receive power, and riches, and wisdom, and strength, and honor, and glory, and blessing. 13 And every creature which is in heaven, and on the earth, and under the earth, and those that are in the sea, and all that are in them, heard I saying, Blessing, and honor, and glory, and power, be to him that sits on the throne, and to the Lamb for ever and ever. 14 And the four beasts said, Amen. And the 24 elders fell down and worshipped him that lives forever and ever.

1 And I saw when the Lamb opened one of the seals, and I heard, the noise of thunder, one of the four beasts saying, Come and see. 2 And I saw, and behold a white horse: and he that sat on him had a bow; and a crown was given to him: and he went out conquering, and to conquer. 3 And when he had opened the second seal, I heard the second beast say, Come and see. 4And there went out another horse that was red: and power was given to him that sat on it to take peace from the earth, that they kill one another: and a great sword was given to him.

He is holy and true who avenges blood shed

9 And when he had opened the fifth seal, I saw under the altar the souls of those that were killed for the word of God, and for the testimony that they held: 10 And they cried with a loud voice, saying, How long, O Lord, holy and true, do you not judge and avenge our blood on them that dwell on the earth?

11 And white robes were given to every one of them; and they were told to rest for a little season, until their fellow servants and their brothers, who would be killed as they were, would be fulfilled.

12 And I watched when he had opened the sixth seal, and behold, there was a great earthquake; and the sun became black like sackcloth of mohair, and the moon became like blood; 13 And the stars of heaven fell to the earth as a fig tree casts her unripe figs, when she is shaken by a mighty wind. 14 And the sky split apart like a scroll when it is rolled up; and every mountain and island were moved out of their places. 15 And the kings of the earth, and the great men, and the rich men, and the chief captains, and the mighty men, and every slave, and every free man, hid themselves in the dens and in the rocks of the mountains; 16 And said to the mountains and rocks, Fall on us, and hide us from the face of him that sits on the throne, and from the wrath of the Lamb: 17 For the great day of his wrath has come; and who will be able to stand?

God has His seal of protection placed on His servants

1 And after these things I saw four angels standing on the four corners of the earth, holding the four winds of the earth so that the wind would not blow on the earth or on the sea or on any tree.  2 And I saw another angel ascending from the east, having the seal of the living God: and he cried with a loud voice to the four angels, to whom it was given to hurt the earth and the sea, 3 Saying, Do not hurt the earth or the sea or the trees, until we have sealed the servants of our God in their foreheads.

Only He deserves all blessing, glory, wisdom, thanksgiving, honor, power, and might

9 After this I looked and saw a great multitude that no man could number from all nations and tribes and people and tongues standing before the throne and before the Lamb, clothed with white robes, and palms in their hands; 10 And cried with a loud voice, saying, Salvation to our God who sits on the throne, and to the Lamb. 11 And all the angels stood around the throne, and the elders and the four beasts; and they fell before the throne on their faces and worshipped God, 12 Saying, Amen: Blessing, and glory, and wisdom, and thanksgiving, and honor, and power, and might, be to our God forever and ever. Amen.

13 And one of the elders asked me, Who are these that are wrapped in white robes? And where have they come from? 14 And I said to him, Sir, you know. And he said to me, These are those who came out of great tribulation, and have washed their robes, and made them white in the blood of the Lamb.

He that sits on the throne will dwell among them

He will shade, feed, lead to fountains of living waters, and wipe away all tears

15 This is the reason they are before the throne of God, and serve him day and night in his temple: and he that sits on the throne will dwell among them. 16 They will not hunger any more, or thirst any more; nor will the sun light on them, nor any heat. 17 For the Lamb who is in the midst of the throne will feed them, and will lead them to living fountains of waters: and God will wipe away all tears from their eyes.