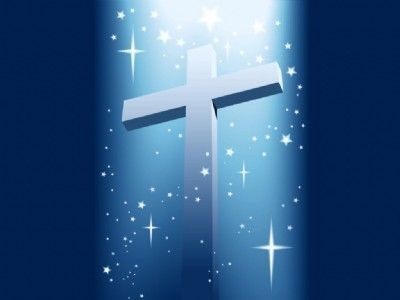 Jesus is the One

1 And it happened when Jesus finished commanding his twelve disciples, he left there to teach and to preach in their cities. 2.Now when John had heard in the prison the works of Christ, he sent two of his disciples, 3.And said to him, Are you he that is to come, or do we look for another? 4.Jesus answered and said to them, Go and show John again those things that you hear and see: 5.The blind receive their sight, and the lame walk, the lepers are cleansed, and the deaf hear, the dead are raised up, and the poor have the gospel preached to them. 6.And blessed is he, whoever is not offended in me.

7.And as they departed, Jesus began to say to the multitudes concerning John, What did you go out into the wilderness to see, a reed shaken with the wind? 8.But what did you go out to see, a man clothed in soft clothing? Behold, those that wear soft clothing are in kings' houses. 9.What did you go out to see, a prophet? Yes, I say to you, and more than a prophet.10.For this is he of whom it is written, Behold, I send my messenger before your face, who will prepare your way before you. 11.Truthfully I say to you, Among those that are born of women there has not risen a greater than John the Baptist: but he that is least in the kingdom of heaven is greater than he. 12.And from the days of John the Baptist until now the kingdom of heaven suffers violence, and the violent take it by force. 13.For all the prophets and the law prophesied until John. 14.And if you will receive it, this is Elijah, who is to come.

15.He that has ears to hear, let him hear. 16.But to what can I compare this generation? It is like children sitting in the markets, and calling unto their playmates, 17.And saying, We have played the flute for you, and you have not danced; we sang a dirge to you, and you have not mourned. 18.For John came neither eating nor drinking and they say, He has a devil. 19.The Son of man came eating and drinking, and they say, Behold a man gluttonous, and a drunkard, a friend of publicans and sinners. But wisdom is justified of her children.

25.At that time Jesus answered and said, I thank you, O Father, Lord of heaven and earth, because you have hid these things from the wise and prudent, and have revealed them unto babes. 26.Even so, Father: for so it seemed good in your sight. 27.All things are delivered to me by my Father: and no man knows the Son, except the Father; neither does any man know the Father, except the Son, and he to whomever the Son reveals him.

The Lord invites all to come to Him and rest

28.Come to me, all you that labor and are heavily loaded, and I will give you rest. 29.Take my yoke upon you, and learn of me; for I am meek and low in heart: and you will find rest for your souls. 30.For my yoke is easy, and my burden is light.

1 At that time, on the sabbath day, Jesus went through the grain. And his disciples were hungry and began to pluck the heads of grain, and eat. 2.But when the Pharisees saw it, they said to him: Look at this, your disciples do what is not lawful to do on the sabbath day. 3.But he said to them, Haven’t you read what David did, when he was hungry, and those that were with him, 4 how he entered into the house of God, and ate the shewbread, which was not lawful for him to eat, neither for those that were with him, but only for the priests? 5.Or have you not read in the law, how that on the sabbath days the priests in the temple profane the sabbath, and are blameless? 6.But I say to you, In this place is one greater than the temple. 7.If you had known what this means, I will have mercy, and not sacrifice, you would not have condemned the guiltless. 8.For the Son of man is Lord even of the sabbath day.

Jesus restores us and makes us whole; He healed them all

9.And when he left there, he went into their synagogue: 10.And watch this, there was a man that had his hand withered. And they asked him, saying, Is it lawful to heal on the sabbath days? So that they might accuse him. 11.And he said to them, What man is there among you with one sheep, that if it falls into a pit on the sabbath day, will not take hold of it, and lift it out? 12.How much then is a man better than a sheep? So it is lawful to do good on the sabbath days. 13.Then he said to the man, Stretch out your hand. And he stretched it out; and it was restored whole, like the other.

14.Then the Pharisees went out, and held a council against him, to destroy him. 15.But when Jesus knew it, he withdrew himself from there: and great multitudes followed him, and he healed them all; 16.And charged them not to make him known: 17.That it might be fulfilled which was spoken by Isaiah the prophet, saying, 18.Behold my servant, whom I have chosen; my beloved, in whom my soul is well pleased: I will put my spirit upon him, and he will show judgment to the Gentiles. 19.He will not strive or cry; neither will any man hear his voice in the streets. 20.He will not break a bruised reed or quench a smoking flax until he leads justice to victory. 21.And in his name/person the nations will trust.

He knows our thoughts

22.Then one possessed with a devil, blind, and dumb was brought to him: and he healed him, so that the blind and dumb both spoke and saw. 23.And all the people were amazed and said, Isn’t this the son of David? 24.But when the Pharisees heard it, they said, This fellow does not cast out devils, except by Beelzebub the prince of the devils. 25.And Jesus knew their thoughts, and said to them, Every kingdom divided against itself is brought to desolation; and every city or house divided against itself will not stand: 26.And if Satan casts out Satan, he is divided against himself; how can his kingdom stand? 27.And if I by Beelzebub cast out devils, by whom do your children cast them out? Therefore they will be your judges. 28.But if I cast out devils by the Spirit of God, then the kingdom of God has come to you. 29.How can one enter into a strong man's house, and plunder his goods, unless he first binds the strong man? Then he will plunder his house. 30.He that is not with me is against me; and he that does not gather with me scatters.

33.Either make the tree good, and its fruit good; or else make the tree corrupt, and its fruit corrupt: for the tree is known by its fruit. 34.O generation of vipers, how can you, being evil, speak good things? For out of the abundance of the heart the mouth speaks. 35.A good man out of the good treasure of the heart brings forth good things: and an evil man out of the evil treasure brings forth evil things. 36.But I say to you, Every idle word that men speak, they will give account of it in the day of judgment. 37.For by your words you will be justified, and by your words you will be condemned.

38.Then certain of the scribes and of the Pharisees answered, saying, Master, we want to see a sign from you. 39.But he answered and said to them, An evil and adulterous generation seeks after a sign; no sign will be given to it, but the sign of the prophet Jonah: 40.For as Jonah was three days and three nights in the whale's belly; so the Son of man will be three days and three nights in the heart of the earth. 41.The men of Nineveh will rise in judgment with this generation, and condemn it: because they repented at the preaching of Jonah; and note this, a greater than Jonah is here.

Jesus is greatest of all

42.The queen of the south will rise up in the judgment with this generation, and condemn it: for she came from the farthest parts of the earth to hear the wisdom of Solomon; and watch, a greater than Solomon is here. 43.When the unclean spirit has gone out of a man, he walks through dry places, seeking rest, and finds none. 44.Then he says, I will return into my house from where I came out; and when he has come, he finds it empty, swept, and garnished. 45.Then he goes and takes with himself seven other spirits more wicked than himself, and they enter in and dwell there: and the last state of that man is worse than the first. That’s how it will be with this wicked generation.

46.While he still talked to the people, watch this, his mother and his brothers stood outside desiring to speak with him. 47.Then one said to him, Behold, your mother and your brothers stand outside desiring to speak with you. 48.But he answered and said to him that told him, Who is my mother? And who are my brothers? 49.And he stretched out his hand toward his disciples and said, Behold my mother and my brothers. 50.For whoever does the will of my Father who is in heaven, the same is my brother, and sister, and mother.