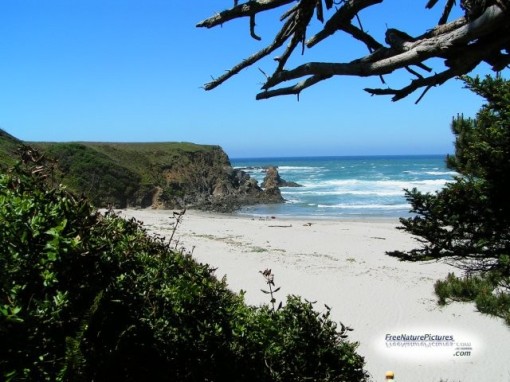 The Lord pronounced cries of grief on those that offend

God rejoices at each lost one recovered

10 See that you do not despise one of these little ones; for I say to you, That in heaven their angels always behold the face of my Father who is in heaven. 11 For the Son of man has come to save that which was lost. 12 What do you think? If a man has a hundred sheep, and one of them has gone astray, does he not leave the 99, and go into the mountains, and seek that which has gone astray? 13 And if he finds it, truthfully I say to you, he rejoices more over that sheep, than of the 99 that did not go astray. 14 Even so it is not the will of your Father who is in heaven, that one of these little ones perish.

15 Moreover if your brother trespasses against you, go and tell him his fault between you and him alone: if he hears you, you have gained your brother. 16 But if he will not hear you, then take with you one or two more, that in the mouth of two or three witnesses every word may be established. 17 And if he refuses to hear them, tell it to the church: but if he refuses to hear the church, let him be to you as a Gentile and a tax-collector.

18 Truly I say to you, Whatever you bind on earth will be bound in heaven: and whatever you loose on earth will be loosed in heaven. 19 Again I say to you, That if two of you agree on earth regarding any thing that they ask, it will be done for them by my Father who is in heaven. 20 For where two or three are gathered together in my name, I am there in the midst of them. 21 Then Peter came to him and said, Lord, how often shall my brother sin against me, and I forgive him? Seven times? 22 Jesus said to him, I do not say to you, Seven times: but seventy times seven.

God not only forgave us our debt, but paid it Himself

23 Therefore the kingdom of heaven is like a certain king that would take account of his servants. 24 And when he had begun to settle, one was brought to him that owed him ten thousand talents. 25 But since as he had nothing to pay, his lord commanded him to be sold, his wife, and children, and all that he had, and payment to be made. 26 The servant therefore fell down, and worshipped him, saying, Lord, have patience with me, and I will pay you all. 27 Then the lord of that servant was moved with compassion, and released him, and forgave him the debt. 28 But the same servant went out and found one of his fellow servants that owed him a hundred denarii: and he laid hands on him, and took him by the throat, saying, Pay me what you owe. 29 And his fellow servant fell down at his feet, and begged him, saying, Have patience with me, and I will pay you all. 30 But he would not: he went and cast him into prison until he paid the debt. 31 So when his fellow servants saw what was done, they were very sorry, and came and told their lord all that was done. 32 Then his lord, after he had called him, said to him, You wicked servant, I forgave you all that debt, because you begged me: 33 Should you not also have had compassion on your fellow servant, even as I had pity on you? 34 And his lord was filled with wrath and delivered him to the tormentors until he paid all that was due to him. 35 This is what my heavenly Father will do also to you, if you, from your hearts, do not forgive every one his brother their trespasses.

1 And when Jesus had finished these sayings, he left Galilee, and came into the coasts of Judaea beyond Jordan; 2 And great multitudes followed him; and he healed them there. 3 Also the Pharisees came to him, testing him, saying to him, Is it lawful for a man to divorce his wife for every cause? 4 And he answered and said to them, Have you not read, that he who made them at the beginning made them male and female, 5 And said, For this cause a man will leave father and mother, and cleave/cling to his wife: and the two will be one flesh? 6 Therefore they are no longer two, but one flesh. What God has joined together, do not let man separate. 7 They said to him, Why did Moses then command to give a writing of divorcement, and to divorce her? 8 He said to them, Moses, because of the hardness of your hearts, allowed you to divorce your wives: but from the beginning it was not like that. 9 And I say to you, Whoever divorces his wife, except for fornication, and marries another, commits adultery: and whoever marries her that is divorced commits adultery.

10  His disciples said to him, If that is the case of a man with his wife, then it is not good to marry. 11 But he said to them, All men cannot receive this saying, except those to whom it is given. 12 For there are some eunuchs, who were so born that way from their mother’s womb: and there are some eunuchs that were made eunuchs by men: and there are eunuchs, who have made themselves eunuchs for the kingdom of heaven’s sake. He that is able to receive it, let him receive it.

He welcomes and blesses little children

13  Then little children were brought to him there so that he could put his hands on them and pray: and the disciples rebuked them. 14 But Jesus said, Allow the little children, and do not forbid them to come to me: for of such is the kingdom of heaven. 15 And he laid his hands on them, and departed from there. 16 And, behold, one came and said to him, Good Master, what good thing can I do, that I may have eternal life? 17 And he said to him, Why do you call me good? There is none good but one, that is, God: but if you will enter into life, keep the commandments. 18 He said to him, Which? Jesus said, Do not murder, Do not commit adultery, Do not steal, Do not bear false witness, 19 Honor your father and your mother: and Love your neighbor as yourself. 20 The young man said to him, All these things I have kept from my youth up: what do I still lack? 21 Jesus said to him, If you desire to be perfect, go and sell that you have, and give to the poor, and you will have treasure in heaven: and come and follow me.

The Lord’s rewards are beyond astounding

27  Then Peter answered and said to him, Behold, we have forsaken all, and followed you; so what will we have? 28 And Jesus said to them, Truthfully I say to you, That you who have followed me in the regeneration when the Son of man sits on the throne of his glory, you also will sit on twelve thrones, judging the twelve tribes of Israel. 29 And every one that has forsaken houses, or brothers, or sisters, or father, or mother, or wife, or children, or lands, for my name’s sake, will receive a hundredfold, and will inherit everlasting life. 30 But many that are first will be last; and the last will be first.

1 The kingdom of heaven is like a man that is a landowner who went out early in the morning to hire laborers into his vineyard. 2 And when he had agreed with the laborers for a denarius a day, he sent them into his vineyard. 3 And he went out about the third hour, and saw others standing idle in the marketplace, 4 And said to them; go also into the vineyard, and I will give you whatever is right. And they went their way.

5  Again he went out about the sixth and ninth hour, and did the same. 6 And about the eleventh hour he went out, and found others standing idle, and said to them, Why do you stand idle all the day? 7 They said to him, Because no man has hired us. He said to them, Go also into the vineyard; and whatever is right, that is what you will receive. 8 So when evening came, the lord of the vineyard said to his steward, Call the laborers, and give them their wages, beginning from the last to the first.

9  And when those came that were hired about the eleventh hour, each man received a denarius. 10 But when the first came, they thought they would receive more; and they also received every man a denarius. 11 And when they had received it, they murmured against the goodman of the house, 12 Saying, These last have worked just one hour, and you have made them equal to us, who have borne the burden and heat of the day. 13 But he answered one of them, and said, Friend, I do you no wrong: did you not agree with me for a denarius? 14 Take what is yours, and go your way: I will give to these last the same as you. 15 Is it not lawful for me to do what I will with my own? Is your eye evil, because I am good? 16 So the last will be first, and the first last: for many are called, but few chosen.

Jesus tried to prepare the disciples for His death

17  And going up to Jerusalem Jesus took the twelve disciples apart in the way, and said to them, 18 Behold, we go up to Jerusalem; and the Son of man will be betrayed to the chief priests and to the scribes, and they will condemn him to death, 19 And will deliver him to the Gentiles to mock, to scourge, and to crucify him: and the third day he will rise again.

20 Then the mother of Zebedee’s children came to him with her sons, worshipping him, and desiring a certain thing from him. 21 And he said to her, What do you desire? She said to him, Grant that these, my two sons, may sit, the one on your right hand, and the other on the left, in your kingdom. 22 But Jesus answered and said, You do not know what you ask. Are you able to drink of the cup that I will drink of, and to be baptized with the baptism that I am baptized with? They said to him, We are able. 23 And he said to them, You will indeed drink of my cup, and be baptized with the baptism that I am baptized with: but to sit on my right hand, and on my left, is not mine to give, but it will be given to those for whom it is prepared by my Father.

Jesus turned the world system right side up

24  And when the ten heard it they were indignant against the two brothers. 25 But Jesus called them to him and said, You know that the princes of the Gentiles exercise dominion over them, and those that are great exercise authority over them. 26 But it will not be that way among you: but whoever desires to be great among you, let him be your minister; 27 And whoever desires to be first among you, let him be your servant: 28 Even as the Son of man did not come to be ministered to, but to minister, and to give his life a ransom for many.

He has compassion on us