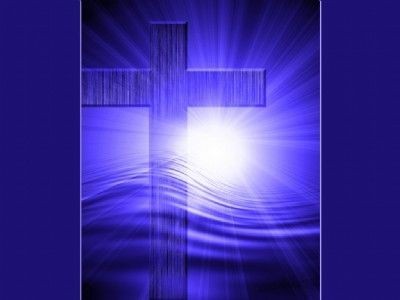 The Lord wants our hearts close to Him

1 Then scribes and Pharisees from Jerusalem came to Jesus saying, 2 Why do your disciples transgress the tradition of the elders? For they do not wash their hands when they eat food. 3 But he answered and said to them, Why do you also transgress the commandment of God by your tradition? 4 For God commanded, Honor your father and mother: and, He that curses father or mother, let him die the death. 5 But you say, Whoever says to his father or his mother, It is a gift by whatever you might be profited by me; 6 And does not honor his father or his mother, he will be free. By this, your tradition has cancelled the command of God. 7. ou hypocrites, Isaiah prophesied rightly of you, saying, 8 This people draw near me with their mouth, and honor me with their lips; but their heart is far from me. 9 But in vain they worship me, teaching for doctrines the commandments of men.

10 And he called the multitude and said to them, Hear, and understand: 11 It is not what goes into the mouth that defiles a man; but what comes out of the mouth, this defiles a man. 12 Then his disciples came to him and said, You know that the Pharisees were offended after they heard this? 13 But he answered and said, Every plant that my heavenly Father has not planted, will be rooted up. 14 Let them alone: they are blind leaders of the blind. And if the blind lead the blind, both will fall into the ditch. 15 Then Peter answered and said to him, Explain to us this parable. 16 And Jesus said, Are you still without understanding? 17 Do you still not understand that whatever enters the mouth goes into the belly and is cast out into the waste bowl? 18 But those things that proceed out of the mouth come from the heart; and they defile the man. 19 For out of the heart proceed evil thoughts, murders, adulteries, fornications, thefts, false witness, blasphemies: 20 These are the things that defile a man: but to eat with unwashed hands does not defile a man.

21 And leaving there Jesus withdrew into the coasts of Tyre and Sidon. 22 And, watch this, a woman of Canaan came out of the same region, and cried out to him saying, Have mercy on me, O Lord, Son of David; my daughter is cruelly possessed by a devil. 23 But he did not answer her a word. And his disciples came and asked him saying, Send her away; for she cries after us. 24 But he answered and said, I am only sent to the lost sheep of the house of Israel. 25 Then she came and worshipped him saying, Lord, help me. 26 But he answered and said, It is not fitting to take the children's bread and to cast it to dogs. 27 And she said, Truth, Lord: yet the dogs eat of the crumbs that fall from their masters' table. 28 Then Jesus answered and said to her, O woman, your faith is great: it will be done for you as you desire. And her daughter was made whole from that very hour.

29 And Jesus departed from there and came near the Sea of Galilee and went up into a mountain and sat down there. 30 And great multitudes came to him, bringing with them those that were lame, blind, dumb, maimed, and many others, and cast them down at Jesus' feet; and he healed them: 31  So much that the multitude wondered when they saw the dumb speak, the maimed to be whole, the lame walk, and the blind see: and they glorified the God of Israel.

32 Then Jesus called his disciples to him and said, I have compassion on the multitude because they have continue with me now three days and have nothing to eat: and I will not send them away fasting, lest they faint in the way. 33 And his disciples say to him, Where could we get enough food in the wilderness to fill such a great a multitude? 34 And Jesus said to them, How many loaves do you have? And they said, Seven, and a few little fishes. 35.And he commanded the multitude to sit down on the ground. 36 And he took the seven loaves and the fishes, and gave thanks, and broke them, and gave to his disciples, and the disciples to the multitude. 37 And they all ate and were filled: and they took up of the broken food that was left seven full baskets. 38 And those that ate were four thousand men plus women and children. 39 And he sent away the multitude, and entered into a boat and came into the coasts of Magdala.

Jesus warned about polluting the soul with false teaching

1 The Pharisees and the Sadducees came up, and testing him, asked him to show them a sign from heaven. 2 He answered and said to them, When it is evening, you say, It will be fair weather: for the sky is red. 3 And in the morning, Today a storm: for the sky is red and gloomy. O you hypocrites/false faces, you can discern the face of the sky; but can you not discern the signs of the times? 4 A wicked and adulterous generation seeks a sign; no sign will be given to it, but the sign of the prophet Jonas. And he left them, and departed.

13 When Jesus came into the coasts of Caesarea Philippi, he asked his disciples, saying, Who do men say that I, the Son of man, am? 14 And they said, Some say that you are John the Baptist: some, Elijah; and others, Jeremiah, or one of the prophets. 15 He said to them, But who do you say that I am? 16 And Simon Peter answered and said, You are the Christ, the Son of the living God. 17 And Jesus answered and said to him, You are blessed, Simon Barjona: for flesh and blood has not revealed it to you, but my Father which is in heaven.

The Lord builds His church on the Chief Cornerstone – Himself

18 And I say to you, That you are Peter, and on this rock I will build my church; and the gates of hell will not prevail against it. 19 And I will give to you the keys of the kingdom of heaven: and whatever you bind on earth will be bound in heaven: and whatever you loose on earth will be loosed in heaven. 20 Then he charged his disciples to tell no man that he was Jesus the Christ.

He told them the future

21 From that time on Jesus began to show his disciples that he must go to Jerusalem and suffer many things by the elders, the chief priests, and the scribes, and be killed, and be raised again the third day. 22 Then Peter took him and began to rebuke him, saying, That be far from you, Lord: this will not happen to you. 23 But he turned and said to Peter, Get behind me, Satan: you are an offence to me: for you do not think about the things of God but the things of men. 24 Then Jesus said to his disciples, If any man will come after me, let him deny himself, take up his cross, and follow me. 25 For whoever will save his life will lose it: and whoever will lose his life for my sake will find it. 26 For what is a man profited, if he gains the whole world, and loses his own soul? Or what can a man give in exchange for his soul? 27 For the Son of man will come in the glory of his Father with his angels; and then he will reward every man according to his works. 28 Truthfully I say to you, There are some standing here that will not taste of death, until they see the Son of man coming in his kingdom.

The Lord’s eternal appearance is glorious

1 And after six days Jesus took Peter, James, and John (his brother), and brought them up into a high mountain by themselves, 2 And was transfigured before them: and his face shined like the sun, and his clothing was white as the light.

3 And behold, Moses and Elijah appeared there talking with him. 4 Then Peter answered and said to Jesus, Lord, it is good for us to be here: if you will, let us make three tabernacles here; one for you, one for Moses, and one for Elijah.

5 While he still spoke, behold, a bright cloud overshadowed them: and behold a voice out of the cloud, which said, This is my beloved Son, in whom I am well pleased; hear him. 6 And when the disciples heard it, they fell on their face, and were very afraid. 7 And Jesus came and touched them, and said, Get up, and do not be afraid. 8 And when they had lifted up their eyes, they saw no man, except Jesus only. 9 And as they came down from the mountain, Jesus charged them, saying, Tell the vision to no man until the Son of man is risen from the dead. 10 And his disciples asked him, saying, Why then do the scribes say that Elijah must come first? 11 And Jesus answered and said to them, Elijah truly will first come and restore all things. 12 But I say to you, That Elijah has come already, and they did not know him, but have done to him whatever they wished. Likewise also the Son of man will suffer at their hands. 13 Then the disciples understood that he spoke to them of John the Baptist.

14 And when they came to the multitude a certain man came to him, kneeling down and saying, 15 Lord, have mercy on my son: for he is lunatic, and very disturbed: he often falls into the fire, and often into the water. 16 And I brought him to your disciples, and they could not cure him. 17 Then Jesus answered and said, O faithless and perverse generation, how long will I be with you? How long will I put up with you? Bring him here to me. 18 And Jesus rebuked the devil; and he left him: and the child was cured from that very hour.

19 Then the disciples came to Jesus by himself and said, Why could we not cast him out? 20 And Jesus said to them, Because of your unbelief: for truthfully I say to you, If you have faith as a grain of mustard seed, you will say to this mountain, Move from here to there; and it will move; and nothing will be impossible to you. 21 However, this kind does not go out except by prayer. 22 And while they were staying in Galilee, Jesus said to them, The Son of man will be betrayed into the hands of men: 23 They will kill him, and the third day he will be raised again. And they were exceedingly sorry. 24 And when they came to Capernaum, the tax collectors came to Peter and said, Doesn’t your master pay the two-drachma tax? 25 He said, Yes. And when he came into the house, Jesus spoke to him first, saying, What do you think, Simon? Of whom do the kings of the earth take custom or poll-tax? From their own children, or from strangers? 26 Peter said to him, Of foreigners. Jesus said to him, Then the children are free. 27 However, so that we do not offend them, go to the sea, cast a hook, and take the first fish that comes up; and when you have opened his mouth, you will find stater: take that and give it to them for me and you.