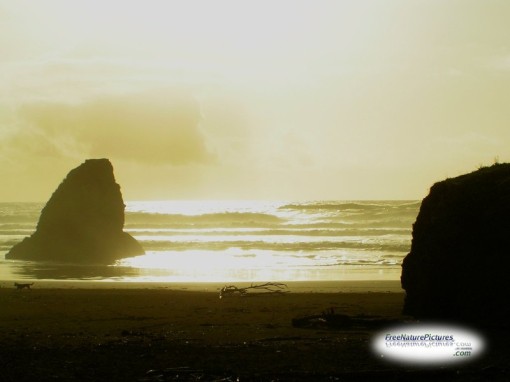 The Lord tells His own the mysteries of His kingdom

1 The same day Jesus went out of the house and sat by the seaside. 2 And great multitudes were gathered together to him, so that he went into a ship, and sat while the whole multitude stood on the shore. 3 He spoke many things to them in parables, saying, Pay attention to this: A sower went out to sow; 4 And when he sowed, some seeds fell by the way side, and the birds came and devoured them: 5 Some fell on stony places, where they did not have much soil: and immediately they sprang up because they had no depth of soil: 6 And when the sun was up, they were scorched; but because they had no root, they withered away. 7 And some fell among thorns but the thorns sprung up and choked them: 8 But other fell on good ground, and brought forth fruit, some a hundredfold, some sixty-fold, some thirty-fold. 9 Who has ears to hear, let him hear. 10 And the disciples came, and said to him, Why do you speak to them in parables? 11 He answered and said to them, Because it is given to you to know the mysteries of the kingdom of heaven, but it is not given to them. 12 For whoever has, to him will be given, and he will have more abundance: but whoever does not have, from him will be taken away even what he has.

13 For this reason I speak to them in parables: because seeing, they do not see; and hearing they do not hear, neither do they understand. 14 And in them the prophecy of Isaiah is fulfilled, which says, By hearing you will hear, and will not understand; seeing you will see and not perceive: 15 For this people's heart has grown fat and their ears hear sluggishly, and they have closed their eyes; lest at any time they see with their eyes, hear with their ears, understand with their heart, and be converted and I heal them.

16 But blessed are your eyes, for they see: and your ears, for they hear. 17 For truthfully I say to you, Many prophets and righteous men have desired to see those things that you see, and have not seen them; and to hear those things you hear, and have not heard them.18 Therefore hear the parable of the sower. 19 When any one hears the word of the kingdom and does not understand it, then the wicked one comes and catches away that what was sown in his heart. This is he that received seed by the way side. 20 But he that received the seed in stony places is the one that hears the word, and immediately receives it with joy; 21 Yet he has no root in himself, but endures for a while: for when tribulation or persecution comes because of the word, immediately he is offended. 22 He that received seed among the thorns is he that hears the word; and the cares of this world and the deceitfulness of riches, choke the word, and he becomes unfruitful. 23 But he that received seed in the good ground is he that hears the word, and understands it; who also bears fruit, and brings forth, some an hundredfold, some sixty, some thirty.

24 He presented another parable to them, saying, The kingdom of heaven is like a man that sowed good seed in his field: 25 But while his men slept, his enemy came and sowed darnel among the wheat, and went his way. 26 But when the blade was sprung up, and brought forth fruit, then the darnel appeared also. 27 So the servants of the householder came and said to him, Sir, did not you sow good seed in your field? How then does it have darnel? 28 He said to them, An enemy has done this. The servants said to him, Do you want us to go then and gather them up?

God carefully tends His own on earth

29 But he said, No, because while you are gathering up the darnel, you might uproot the wheat with them. 30 Let both grow together until the harvest: and in the time of harvest I will say to the reapers, Gather together first the darnel, and bind them in bundles to burn them: but gather the wheat into my barn.

31 He presented another parable to them saying, The kingdom of heaven is like to a grain of mustard seed that a man took and sowed in his field: 32 Which indeed is the least of all seeds: but when it is grown, it is the greatest among herbs, and becomes a tree, so that the birds of the air come and lodge in its branches.

33 He spoke to them another parable; The kingdom of heaven is like leaven that a woman took and hid in three measures of meal until the whole was leavened. 34 Jesus spoke all these things to the multitude in parables; and he did not speak to them without a parable: 35 So that it might be fulfilled which was spoken by the prophet, saying, I will open my mouth in parables; I will utter things which have been kept secret from the foundation of the world.

Jesus removes offenders from His kingdom

36 Then Jesus sent the multitude away and went into the house. And his disciples came to him, saying, Explain to us the parable of the darnel of the field. 37 He answered and said to them, He that sows the good seed is the Son of man. 38 The field is the world; the good seed are the children of the kingdom; but the darnel are the children of the wicked one; 39 The enemy that sowed them is the devil; the harvest is the end of the world; and the reapers are the angels. 40 As the darnel is gathered and burned in the fire; so it will be in the end of this age. 41 The Son of man will send out his angels, and they will gather out of his kingdom all things that offend, and those that do iniquity; 42 And will cast them into a furnace of fire: there will be wailing and gnashing of teeth. 43 Then the righteous will shine like the sun in the kingdom of their Father. Who has ears to hear, let him hear.

47 Again, the kingdom of heaven is like a net that was cast into the sea, and gathered of every kind: 48 Which, when it was full, they drew to shore, and sat down and gathered the good into vessels, but cast the bad away. 49 So it will be at the end of the world: the angels will come and sever the wicked from among the just, 50 And will cast them into the furnace of fire: there will be wailing and gnashing of teeth.

51 Jesus said to them, Have you understood all these things? They said to him, Yes, Lord. 52 Then said he to them, So, every scribe who is instructed in the kingdom of heaven is like the head of a household who brings forth out of his treasure new things and old. 53 And when Jesus had ended these parables, he departed from there. 54 And when he came to his own country, he taught them in their synagogue, so that they were astonished and said, Where did this one get this wisdom and these mighty works? 55 Isn’t this the carpenter's son? Isn’t his mother called Mary? And his brothers James, Joseph, Simon, and Judas? 56 And his sisters, are they not all with us? Then where did this man get all these things? 57 And they were offended in him. But Jesus said to them, A prophet is not without honor, except in his own country, and in his own house. 58 And he did not do many mighty works there because of their unbelief.

1 At that time Herod the tetrarch heard of the fame of Jesus, 2 And said to his servants, This is John the Baptist; he is risen from the dead and that is why miraculous powers are at work in him. 3 For Herod had arrested John, bound him, and put him in prison, for Herodias' sake, his brother Philip's wife. 4 For John said to him, It is not lawful for you to have her. 5 And when he would have put him to death, he feared the multitude, because they considered him as a prophet. 6 But when Herod's birthday was celebrated, the daughter of Herodias danced before them and pleased Herod 7 so much that he promised with an oath to give her whatever she asked. 8 And she, being prompted of her mother said, Give me here John Baptist's head on a platter. 9 And the king was grieved: but because of the oath and those that ate with him, he commanded it to be given to her. 10 And he sent and beheaded John in the prison. 11 And his head was brought on a platter, and given to the girl: and she brought it to her mother.

Jesus hurts for us

12 And his disciples came, took the body, buried it, and went and told Jesus. 13 When Jesus heard of it, he withdrew from there in a boat into a desert place privately: and when the people had heard of it, they followed him on foot out of the cities. 14 And Jesus went out, and saw a great multitude, and was moved with compassion/hurt in his gut toward them, and he healed their sick. 15 And when it was evening, his disciples came to him, saying, This place is a desert and it is late; send the multitude away so that they may go into the villages and buy themselves food. 16 But Jesus said to them, They do not need to leave; you give them food to eat. 17 And they say to him, We only have here five loaves and two fish. 18 He said, Bring them here to me. 19 And he commanded the multitude to sit down on the grass, took the five loaves and the two fish, and looking up to heaven, he blessed, and broke, and gave the loaves to his disciples, and the disciples gave to the multitude. 20 And they all ate and were filled: and they collected the fragments that remained twelve full baskets. 21 And those that had eaten were about five thousand men, plus women and children.

The Almighty God comes to us doing the impossible

24 But the ship was now in the midst of the sea, tossed with waves: for the wind was against them. 25 And in the fourth watch of the night Jesus went to them, walking on the sea. 26 And when the disciples saw him walking on the sea, they were troubled, saying, It is a spirit; and they cried out in fear. 27 But immediately Jesus spoke to them, saying, Be of good cheer; it is I; do not be afraid. 28 And Peter answered him and said, Lord, if it is you, bid me come to you on the water. 29 And he said, Come. And when Peter came down out of the ship, he walked on the water, to go to Jesus. 30 But when he saw the violent wind, he was afraid; and beginning to sink, he cried out saying, Lord, save me. 31 And immediately Jesus stretched out his hand, and caught him, and said to him, O you of little faith, why did you doubt?

He makes us perfectly whole forever

32 And when they came into the ship, the wind stopped. 33 Then they that were in the ship came and worshipped him, saying, It is true, you are the Son of God. 34 And when they had gone over they came into the land of Gennesaret. 35 And when the men of that place recognized him, they sent out into all that country round about, and brought to him all that were diseased; 36 And begged him that they might only touch the hem of his garment: and as many as touched were made perfectly whole.