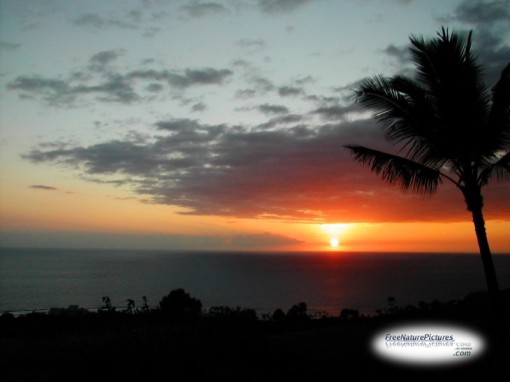 God is displeased with our complaints

1 The people complained and it was evil in the ears of the LORD: and the LORD heard it and his anger burned; and the fire of the LORD burned among them, and consumed them that were in the outer edges of the camp. 2 And the people cried to Moses; and when Moses prayed to the LORD, the fire was quenched. 3 And he called the name of the place Taberah: because the fire of the LORD burned among them. 4 And the mixed multitude that was among them lusted a lust: and the children of Israel wept again and said, Who will give us flesh to eat? 5 We remember the fish that we ate freely in Egypt; the cucumbers, the melons, the leeks, the onions, and the garlic: 6 But now our soul is dried away: there is nothing at all except this manna before our eyes. 7 The manna was like coriander seed, and the eye/color of it like the eye of bdellium. 8 And the people went around, gathered it, ground it in mills or beat it in a mortar, and baked it in pans, and made cakes of it: it tasted like cakes made with fresh oil. 9 And when the dew fell on the camp in the night, the manna fell on it. 10 Then Moses heard the people weep throughout their families, every man in the door of his tent: and the anger of the LORD burned greatly; Moses also was displeased.

11 And Moses said to the LORD, Why have you afflicted your servant? And why have I not found favor in your sight, that you lay the burden of all this people on me? 12 Have I conceived all of this people? Have I begotten them so that you should say to me, Carry them in your bosom, as a nursing father bears the sucking child, into the land that you swore to their fathers? 13 Where can I get flesh to give to all of this people? For they weep to me saying, Give us flesh, that we may eat. 14 I am not able to bear all this people alone, because it is too heavy for me. 15 And if you deal this way with me, please kill me right now, if I have found favor in your sight; do not let see my wretchedness.

16 And the LORD said to Moses, Gather to me seventy men from the elders of Israel, whom you know to be the elders of the people, and officers over them; and bring them to the tabernacle of the congregation, that they may stand there with you. 17 And I will come down and talk with you there: and I will take of the spirit that is on you, and will put it on them; and they will carry the burden of the people with you, so that you not bear it alone.

18 Say to the people, Sanctify yourselves for tomorrow, and you will eat flesh: for you have wept in the ears of the LORD saying, Who will give us flesh to eat? For it was well with us in Egypt: therefore the LORD will give you flesh, and you will eat. 19 You will not eat one day, or two days, or five days, not ten days, or twenty days; 20 But a whole month, until it comes out your nostrils and is loathsome to you: because you have despised the LORD who is among you, and have wept before him saying, Why have we come out of Egypt?

21 And Moses said, This people whom I am among, are 600,000 footmen; and you have said, I will give them flesh to eat a whole month. 22 Will the flocks and the herds be killed for them, to be enough for them? Or will all the fish of the sea be gathered together for them, to be enough for them? 23 And the LORD said to Moses, Is the LORD'S power limited? Now you will see whether my word will come to pass to you or not. 24 And Moses went out and told the people the words of the LORD, and gathered the seventy men of the elders of the people, and set them around the tabernacle. 25 And the LORD came down in a cloud, spoke to him, and took of the spirit that was on him, gave it to the seventy elders: and the spirit rested on them, they prophesied but that was the only time.

26 But two of the men stayed in the camp, the name of the one was Eldad, and the name of the other Medad: and the spirit rested on them; and they were of them that were written, but did not go out to the tabernacle: and they prophesied in the camp. 27 And a young man ran and told Moses and said, Eldad and Medad prophesy in the camp. 28 And Joshua the son of Nun, the servant of Moses, one of his young men, answered and said, My lord Moses, forbid them. 29 And Moses said to him, Do you envy for my sake? Oh, that all the LORD's people were prophets, and the LORD would put his spirit on them! 30 And Moses went into the camp, he and the elders of Israel.

31 And a wind went out from the LORD, bringing quails from the sea, and let them fall by the camp, a day's journey on this side, and a day's journey on the other side, surrounding the camp, two cubits high on the face of the ground. 32 And the people rose up all that day, all that night, and all the next day, and gathered the quails: he that gathered least gathered ten homers: and they spread them all abroad for themselves around the camp. 33 And while the flesh was yet between their teeth, before it was chewed, the wrath of the LORD was burned against the people, and the LORD struck the people with a very great plague. 34 And he called the name of that place Kibroth-hatta'avah: because there they buried the people that lusted. 35 And the people journeyed from Kibroth-hatta'avah unto Hazeroth; and stayed at Hazeroth.

1 Miriam and Aaron spoke against Moses because of the Ethiopian woman he taken: he taken an Ethiopian woman. 2 And they said, Has the LORD spoken only by Moses? Has he not spoken by us also? And the LORD heard it. 3 (Now the man Moses was very humble, more than all the men that were on the face of the earth.) 4 And the LORD spoke suddenly to Moses, to Aaron, and to Miriam, You three come out to the tabernacle of the congregation. And those three came out. 5 And the LORD came down in the pillar of the cloud, and stood in the door of the tabernacle, and called Aaron and Miriam: and they both came forward. 6 And he said, Now hear my words: If there is a prophet among you, I, the LORD, will make myself known to him in a vision, and will speak to him in a dream. 7 My servant Moses is not like that: He is faithful in all of my house. 8 I speak with him mouth to mouth clearly, and not in riddles; he sees the form of the LORD: why then were you not afraid to speak against my servant Moses?

9 And the anger of the LORD burned against them; and he left. 10 The cloud turned away from off the tabernacle; and behold, Miriam became leprous, white as snow: and Aaron turned toward Miriam, and behold, she was leprous. 11 And Aaron said to Moses, Oh, my lord, I beg you, do not lay this sin on us by which we have done foolishly, and by which we have sinned. 12 Do not let her be as one dead whose flesh is half consumed when he comes out of his mother's womb. 13 And Moses cried to the LORD saying, Heal her now, O God, I beg you. 14 And the LORD said to Moses, If her father had spit in her face, would she not be ashamed seven days? Let her be shut outside the camp seven days, and after that let her be received in again. 15 And Miriam was shut outside the camp seven days: and the people did not travel until Miriam was brought in again. 16 And afterward the people moved from Hazeroth, and camped in the wilderness of Paran.

God sent His leaders to search the promised land

21 So they went up, and searched the land from the wilderness of Zin to Rehob, as men come toward Hamath. 22 And they ascended by the south, and came to Hebron where Ahiman, Sheshai, and Talmai, the children of Anak, were. (Now Hebron was built seven years before Zoan in Egypt.) 23 And they came to the brook of Eshcol, and cut down from there a branch with one cluster of grapes, and they carried it between two on a staff; and they brought pomegranates, and figs. 24 The place was called the brook Eshcol because of the cluster of grapes that the children of Israel cut down from there.

25 And they returned from searching of the land after forty days. 26 They traveled and came to Moses, to Aaron, and to all the congregation of the children of Israel, unto the wilderness of Paran, to Kadesh; and brought back word to them, and to all the congregation, and showed them the fruit of the land. 27 They reported to him and said, We came to the land where you sent us, and it definitely flows with milk and honey; this is its fruit. 28 But the people that live in the land are fierce, and the cities are fortified, and very great: also, we saw the children of Anak there. 29 The Amalekites live in the land of the south: the Hittites, the Jebusites, and the Amorites, live in the mountains: and the Canaanites dwell by the sea, and by the coast of Jordan.

God is pleased by faith

30 And Caleb stilled the people before Moses and said, Certainly we will go up and seize it; for we are well able to overcome it. 31 But the men that went up with him said, We are not able to go up against the people; for they are stronger than we. 32 And they brought an evil report of the land that they had searched to the children of Israel saying, The land through which we have gone to search it, is a land that eats up its inhabitants; and all the people that we saw in it are men of a great stature. 33 And we saw the giants there, the sons of Anak, which come from eyes.