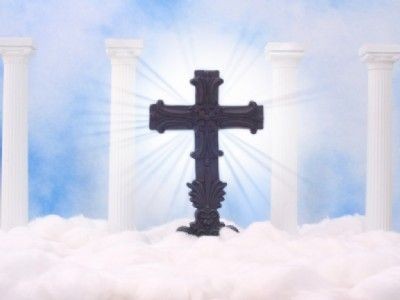 1 And the LORD spoke to Moses saying, 2 Avenge the children of Israel of the Midianites: afterward will you be gathered to your people. 3 And Moses spoke to the people saying, Arm some of your men for war, and go against the Midianites, and avenge the LORD of Midian. 4 You are to send to war a thousand from every tribe throughout all the tribes of Israel. 5 So a thousand from every tribe were delivered out of the thousands of Israel, twelve thousand armed for war. 6 And Moses sent them to the war, a thousand from every tribe: the men and Phinehas, the son of Eleazar the priest, went to war with the holy objects from the sanctuary, and the trumpets to sound the charge in his hand. 7 And they warred against the Midianites, as the LORD commanded Moses; and they killed all the males. 8 And they killed the kings of Midian, beside the rest of them that were slain; namely, Evi, Rekem, Zur, Hur, and Reba, five kings of Midian: they also killed Balaam, the son of Beor, with the sword.

9 And the children of Israel took all the women of Midian captive, and their little ones, and took plunder of all their livestock, all their flocks, and all their possessions. 10 They burned all their cities where they lived, all their good castles, with fire. 11 And they took all the plunder and all the prey, both of men and animal. 12 And they brought the captives, the plunder, the spoils, to Moses, to Eleazar the priest, and to the congregation of the children of Israel to the camp at the plains of Moab, which are by Jordan near Jericho.13 And Moses, and Eleazar the priest, and all the princes of the congregation, went out to meet them outside the camp. 14 And Moses was furious with the officers of the army, with the captains over thousands, and captains over hundreds, who came from the battle. 15 Moses said to them, Have you saved all the women alive? 16 Behold, these caused the children of Israel, through the counsel of Balaam, to commit trespass against the LORD in the matter of Peor, and there was a plague among the congregation of the LORD.

17 Now therefore kill every male among the little ones, and kill every woman that has known man by lying with a male. 18 But keep alive for yourselves all the female children that have not known a man by lying with him. 19 Remain outside the camp seven days: whoever has killed any person, and whoever has touched any dead, purify both yourselves and your captives on the third day, and on the seventh day. 20 Purify all your clothing, all that is made of skins, all work of goats' hair, and all things made of wood. 21 And Eleazar the priest said to the men of war who went to the battle, This is the ordinance of the law which the LORD commanded Moses; 22 but the gold, the silver, the brass, the iron, the tin, and the lead, 23 Everything that can stand the fire, you are to make it go through the fire, and it will be clean: nevertheless it will be purified with the water of separation: and all that can stand the fire you will make go through the water. 24 You are to wash your clothes on the seventh day and you will be clean, and afterward you may come into the camp.

God preserved them in battle

48 And the officers that were over thousands of the army, the captains of thousands, and captains of hundreds, came near to Moses: 49 And they said to Moses, Your servants have counted the men of war that are under our charge, and not one man of us is missing. 50 Therefore, we have brought an offering for the LORD, what every man has found, of jewels of gold, chains, and bracelets, rings, earrings, and tablets, to make an atonement for our souls before the LORD.

51 And Moses and Eleazar the priest took their gold, all crafted jewels. 52 And all the gold of the offering that they offered up to the LORD from the captains of thousands and the captains of hundreds was 16,750 shekels. 53 (For the men of war had taken plunder, every man for himself.) 54 And Moses and Eleazar the priest took the gold of the captains of thousands and of hundreds, and brought it into the tabernacle of the congregation, for a memorial for the children of Israel before the LORD.

10 And the LORD's anger burned at that same time, and he swore saying, 11 Definitely none of the men that came up out of Egypt, from twenty years old and upward, will see the land that I swore to Abraham, to Isaac, and to Jacob; because they have not wholly followed me: 12 Except Caleb the son of Jephunneh the Kenezite, and Joshua the son of Nun: for they have wholly followed the LORD. 13 And the LORD's anger burned against Israel, and he made them wander in the wilderness forty years, until all the generation that had done evil in the sight of the LORD, was consumed.

14 And, behold, you are raised up in your fathers' place, an increase of sinful men, to add more to the fierce anger of the LORD toward Israel. 15 For if you turn away from him, he will leave them in the wilderness again; and you will destroy all this people. 16 And they came near to him and said, We will build sheepfolds here for our cattle, and cities for our little ones: 17 But we ourselves will go ready armed before the children of Israel until we have brought them to their place: and our little ones will dwell in the fenced cities because of the inhabitants of the land. 18 We will not return to our houses until the every man of the children of Israel has inherited his inheritance. 19 For we will not inherit with them on the other side of the Jordan and beyond because our inheritance is fallen to us on this side Jordan eastward. 20 And Moses said to them, If you will do this thing, if you will go armed before the LORD to war, 21 and all of you will go armed over Jordan before the LORD, until he has driven out his enemies from before him, 22 and the land is subdued before the LORD: then afterward you will return, and be guiltless before the LORD, and before Israel; and this land will be your possession before the LORD. 23 But if you will not do this, behold, you have sinned against the LORD: and be certain that your sin will find you out.

God records our journey through life

1 These are the journeys of the children of Israel that went out of the land of Egypt with their armies under the hand of Moses and Aaron. 2 And Moses wrote starting places according to their journeys by the commandment of the LORD: and these are their journeys according to their starting places. 3 They left Rameses in the first month, on the fifteenth day of the first month; on the next day after the Passover the children of Israel went out with a high hand in the sight of all the Egyptians.

God executed judgment on their gods

4 For the Egyptians buried all their firstborn, which the LORD had struck among them: the LORD also executed judgments on their gods. 5 And the children of Israel moved from Rameses and camped in Succoth. 6 They left Succoth and camped in Etham, which is in the edge of the wilderness. 7 They moved from Etham and turned again to Pihahiroth, which is before Baalzephon: and they camped before Migdol.

36 And they moved from Eziongaber and camped in the wilderness of Zin, which is Kadesh. 37 And they moved from Kadesh and camped in mount Hor, in the edge of the land of Edom. 38 And Aaron the priest went up to mount Hor at the commandment of the LORD and died there, in the fortieth year after the children of Israel were come out of the land of Egypt, in the first day of the fifth month. 39 And Aaron was 123 years old when he died in mount Hor.

50 And the LORD spoke to Moses in the plains of Moab by the Jordan opposite Jericho saying, 51 Speak to the children of Israel and say to them, When you have passed over Jordan into the land of Canaan; 52 Then you are to drive out all the inhabitants of the land from before you, destroy all their figures/pictures, destroy all their molten images, and destroy all their high places: 53 And you will dispossess the inhabitants of the land, and dwell in it: for I have given you the land to possess it. 54 You are to divide the land by lot for an inheritance among your families: to more you will give more inheritance, and to fewer you will give less inheritance: every man's inheritance will be in the place where his lot falls; you will inherit according to the tribes of your fathers.

55 But if you will not drive out the inhabitants of the land from before you; then it will happen, that those that you let remain of them will be briers in your eyes, and thorns in your sides, and will trouble you in the land where you dwell. 56 And as I planned to do to them, I will do to you.