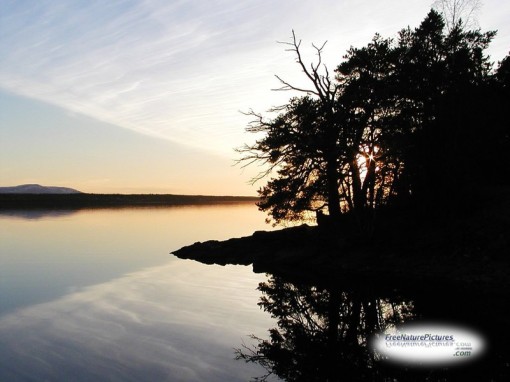 1 And all of the congregation lifted up their voice and cried; and the people wept that night. 2 And all the children of Israel murmured against Moses and against Aaron: and the whole congregation said to them, Would God that we had died in the land of Egypt! Or would God we had died in this wilderness! 3 And why has the LORD brought us to this land to fall by the sword, for our wives and our children to be prey? Would it not be better for us to return to Egypt? 4 And they said one to another, Let’s make a captain and return to Egypt.

5 Then Moses and Aaron fell on their faces before all the assembly of the congregation of the children of Israel. 6 And Joshua the son of Nun, and Caleb the son of Jephunneh, who were among those that searched the land, tore their clothes: 7 and they spoke to all the company of the children of Israel saying, The land that we passed through to search it, is an exceedingly good land. 8 If the LORD delights in us, then he will bring us into this land, and give it to us; a land that flows with milk and honey.

God is with us

9 Only do not rebel against the LORD or fear the people of the land; for they are bread for us: their defense has departed from them, and the LORD is with us: do not fear them. 10 But all the congregation joined together to stone them with stones. And the glory of the LORD appeared in the tabernacle of the congregation before all the children of Israel. 11 And the LORD said to Moses, How long will this people despise me? And how long will it be until they believe me, for all the signs that I have showed among them? 12 I will strike them with the pestilence, and disinherit them, and will make of you a greater nation and mightier than they.

13 And Moses said to the LORD, Then the Egyptians will hear it, (for you brought this people from among them with your strength;) 14 And they will tell it to the inhabitants of this land: for they have heard that you LORD are among this people, that you LORD are seen face to face, and that your cloud stands over them, and that you go before them by day time in a pillar of a cloud, and in a pillar of fire by night. 15 Now if you kill all this people as one man, then the nations that have heard your fame will speak saying, 16 Because the LORD was not able to bring this people into the land that he swore to them, so he has killed them in the wilderness. 17 Now I beg you, let the power of my Lord be great, according as you have spoken saying, 18 The LORD is longsuffering, and of great mercy, forgiving evil and transgression, and by no means clearing the guilty, visiting the iniquity of the fathers on the children to the third and fourth generation.

19 I beg you, pardon the perversity of this people according to the greatness of your love, as you have forgiven this people from Egypt even until now. 20 And the LORD said, I have pardoned according to your word: 21 But as truly as I live, all the earth will be filled with the glory of the LORD. 22 Because all those men that have seen my glory and my miracles that I did in Egypt and in the wilderness, and have tested me now these ten times, and have not listened to my voice; 23 They will definitely not see the land that I swore to their fathers, none of them that provoked me will see it: 24 But my servant Caleb, because he had another spirit with him and has followed me fully, him I will bring into the land where he went; and his seed will possess it.

25 (Now the Amalekites and the Canaanites dwelt in the valley.) Tomorrow turn and go into the wilderness by the way of the Red sea. 26 And the LORD spoke to Moses and to Aaron saying, 27 How long will I bear with this evil congregation, that murmur against me? I have heard the murmurings of the children of Israel, that they murmur against me. 28 Say to them, As truly as I live, says the LORD, I will do to you what you have spoken in my ears: 29 Your corpses will fall in this wilderness; and all that were numbered of you, according to your whole number, from twenty years old and upward, that have murmured against me, 30 You will definitely not come into the land that I swore to make you dwell in, except Caleb the son of Jephunneh and Joshua the son of Nun. 31 But your little ones, who you said would be a prey, I will bring them in, and they will know the land that you have despised. 32 But you, your carcasses will fall in this wilderness. 33 And your children will wander/feed in the wilderness forty years, and bear your whoring until your corpses are wasted in the wilderness. 34 According to the number of the days you searched the land, forty days, each day for a year, you will bear your iniquities, forty years, and you will know my refusal.

35 I, the LORD, have said, I will surely do it to all this evil congregation that are gathered together against me: they will be consumed in this wilderness, and die there. 36 And the men that Moses sent to search the land, who returned and made all the congregation to murmur against him by bringing up a slander on the land, 37 Those men that brought up the evil report on the land, died by the plague before the LORD. 38But Joshua the son of Nun, and Caleb the son of Jephunneh, who were of the men that went to search the land, still lived. 39And Moses told these sayings to all the children of Israel: and the people mourned greatly.

40 And they rose up early in the morning, and went up into the top of the mountain saying, Look, we are here, and will go up unto the place that the LORD has promised: for we have sinned. 41 And Moses said, Why now do you transgress the command of the LORD? It will not prosper. 42 Do not go up. The LORD is not among you; so that you are not struck down before your enemies. 43 For the Amalekites and the Canaanites are there before you, and you will fall by the sword because you turned away from the LORD, therefore the LORD will not be with you. 44 But they presumed to go up to the hilltop: nevertheless the ark of the covenant of the LORD, and Moses, did not leave the camp. 45 Then the Amalekites came down, and the Canaanites that dwelt in that hill, and struck them, and defeated them, even unto Hormah.

God encourages His people after they fail

8 And when you prepare a bull for a burnt offering, or for a sacrifice in performing a vow, or peace offerings to the LORD: 9 Then bring with a bull a grain offering of five quarts of fine flour mixed with two quarts of olive oil. 10 And bring for a drink offering two quarts of wine, for an offering made by fire, a sweet savor to the LORD. 11 This is to be done for one bull, one ram, a lamb, or a kid. 12 You are to do this according to their number; do this for everyone according to the number. 13 All that are native born will do these things in this way, in presenting a fire offering of a sweet savor to the LORD.

God is totally without prejudice

17 And the LORD spoke to Moses saying, 18 Speak to the children of Israel and say to them, When you come into the land where I bring you, 19 When you eat from the crops of the land you are to set aside some as a gift to the LORD. 20 Present a cake from the first of the flour you grind and set it aside as a gift, as you do with the first grain from the threshing floor. 21 Throughout the generations to come, you are to present this offering to the LORD each year from the first of your ground flour. 22 And if you have erred, and not observed all these commandments that the LORD has spoken to Moses, 23 all that the LORD has commanded you by the hand of Moses, from the day that the LORD commanded Moses and from now on among your generations; 24 Then it will be, if anything is committed by ignorance without the knowledge of the congregation, then all the congregation is to offer one young bull for a burnt offering, for a sweet savor to the LORD, with his prescribed grain offering and his drink offering and one kid of the goats for a sin offering. 25 And the priest will make an atonement for all the congregation of the children of Israel, and it will be forgiven them; for it is ignorance: and they will bring their offering, a sacrifice made by fire to the LORD and their sin offering before the LORD, for their ignorance: 26 And it will be forgiven all the congregation of the children of Israel, and the foreigner that stays among them; since all the people were in ignorance. 27 And if any soul sins through ignorance, then he is to bring a she goat of the first year for a sin offering. 28 And the priest will make atonement for the soul that sins ignorantly, when he sins by ignorance before the LORD, to make atonement for him; and it will be forgiven him. 29 You are to have one law for him that sins through ignorance, both for him that is born among the children of Israel, and for the foreigner that stays among them. 30 But the soul that does anything presumptuously/not listening, whether he is born in the land, or a foreigner, that one reproaches the LORD; and that soul will be cut off from among his people. 31 Because he has despised the word of the LORD, and has broken his commandment, that soul will be utterly cut off; his iniquity will be upon him.

32 While the children of Israel were in the wilderness, they found a man that gathered sticks on the Sabbath day. 33 Those that found him gathering sticks brought him to Moses and Aaron, and to all the congregation. 34 They put him in custody because it was not declared what should be done to him. 35 And the LORD said to Moses, The man is certainly to be put to death: all the congregation will stone him with stones outside the camp. 36 So all the congregation brought him outside the camp, stoned him with stones, and he died; as the LORD commanded Moses. 37 And the LORD spoke to Moses saying, 38 Speak to the children of Israel, and tell them to make fringes in the borders of their garments throughout their generations, and to put on the fringe of the borders a blue ribbon: 39 And he will be to you a tassel and as you see him you will remember all the commandments of the LORD, and do them; so that you not seek after your own heart and your own eyes after which you use to go a whoring: 40 That you may remember, and do all my commandments, and be holy to your God. 41 I am the LORD your God, who brought you out of the land of Egypt, to be your God: I am the LORD your God.