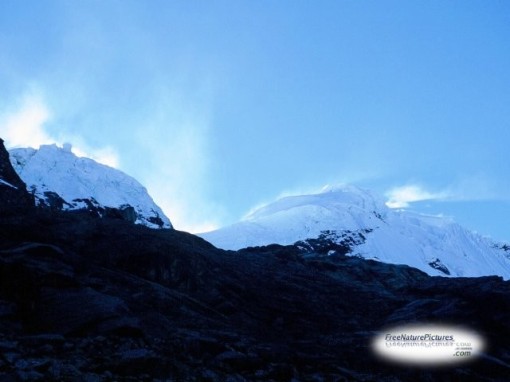 1 Israel stayed in Shittim and the people began to commit whoring with the daughters of Moab. 2 And they called the people to the sacrifices of their gods: and the people ate and bowed down to their gods. 3 Israel joined himself to Baalpeor: and the anger of the LORD burned against Israel.

God judges idolatry drastically because it leads to eternal destruction

4 The LORD said to Moses, Take all the leaders of the people and hang them up before the LORD against the sun so that the fierce anger of the LORD may be turned away from Israel. 5 So Moses said to the judges of Israel, Every one kill his men that were joined to Baalpeor. 6 And behold, one of the children of Israel came bringing a Midianite woman to his brothers in the sight of Moses, and in the sight of all the congregation of the children of Israel who were weeping before the door of the tabernacle of the congregation. 7 When Phinehas, the son of Eleazar, the son of Aaron the priest, saw it, he got up from among the congregation and took a javelin in his hand; 8 He went after the man of Israel into the tent and thrust both of them through, the man of Israel, and the woman, through her belly. So the plague was stopped from the children of Israel. 9  24,000 died in the plague.

10 And the LORD spoke to Moses saying, 11 Phinehas, the son of Eleazar, the son of Aaron the priest, has turned my wrath away from the children of Israel, while he was zealous with my zeal among them, that I not consume the children of Israel in my jealousy. 12 Therefore say, Behold, I give to him my covenant of peace. 13 He will have it, and his seed after him, the covenant of an everlasting priesthood because he was zealous for his God, and made an atonement for the children of Israel. 14 Now the name of the Israelite that was killed with the Midianite woman was Zimri, the son of Salu, a prince of a chief house among the Simeonites. 15 And the name of the Midianite woman that was killed was Cozbi, the daughter of Zur. He was leader over a people, and of a chief house in Midian.

16 And the LORD spoke to Moses saying, 17 Afflict the Midianites, strike them: 18 For they afflicted you with their deceit, with which they have beguiled you in the matter of Peor, and in the matter of Cozbi, the daughter of a prince of Midian, their sister, who was killed in the day of the plague for Peor's sake.

1 And it came to pass after the plague, that the LORD spoke to Moses and to Eleazar the son of Aaron the priest saying, 2 Take the census of all the congregation of the children of Israel, from twenty years old and up, throughout their fathers' house, all that are able to go to war in Israel. 3 So Moses and Eleazar the priest spoke with them in the plains of Moab by Jordan near Jericho saying, 4 Take the census of the people, from twenty years old and up; as the LORD commanded Moses and the children of Israel that went forth out of the land of Egypt.

5 Reuben, the oldest son of Israel: the children of Reuben; Hanoch, of whom comes the family of the Hanochites: of Pallu, the family of the Palluites: 6 Of Hezron, the family of the Hezronites: of Carmi, the family of the Carmites. 7 These are the families of the Reubenites: and they that were numbered of them were 43,730. 8 And the sons of Pallu; Eliab. 9 And the sons of Eliab; Nemuel, Dathan, and Abiram. This is that Dathan and Abiram, who were famous in the congregation, who fought against Moses and against Aaron in the company of Korah, when they fought against the LORD: 10 And the earth opened her mouth, and swallowed them up together with Korah, when that company died, when the fire devoured 250 men: and they became a sign.

63 These are those that were numbered by Moses and Eleazar the priest, who numbered the children of Israel in the plains of Moab by Jordan near Jericho. 64 But among these there was not a man of them whom Moses and Aaron the priest numbered when they numbered the children of Israel in the wilderness of Sinai. 65 Forthe LORD had said of them, They will definitely die in the wilderness. And there was not left a man of them, except Caleb the son of Jephunneh, and Joshua the son of Nun.

1 Then came the daughters of Zelophehad, the son of Hepher, the son of Gilead, the son of Machir, the son of Manasseh, of the families of Manasseh the son of Joseph: and these are the names of his daughters; Mahlah, Noah, Hoglah, Milcah, and Tirzah. 2 And they stood before Moses, before Eleazar the priest, before the princes, and all the congregation, by the door of the tabernacle of the congregation saying, 3 Our father died in the wilderness; he was not in the company of those that gathered themselves together against the LORD in the company of Korah; but died in his own sin, and had no sons. 4 Why should the name of our father be done away from among his family, because he has no son? Therefore give us a possession among the brothers of our father.

12 Then the LORD said to Moses, Get up to mount Abarim and see the land that I have given to the children of Israel. 13 When you have seen it, you will be gathered to your people, as Aaron your brother was gathered. 14 For you rebelled against my commandment in the desert of Zin, in the strife of the congregation, to sanctify me at the water before their eyes: that is the water of Meribah in Kadesh in the wilderness of Zin.

15 And Moses spoke to the LORD saying, 16 Let the LORD, the God of the spirits of all flesh, set a man over the congregation, 17 Give them someone who will lead them into battle, so the people of the LORD will not be like sheep without a shepherd.

18 And the LORD said to Moses, Take Joshua the son of Nun, a man in whom is the spirit, lay your hand on him; 19 Set him before Eleazar the priest, before all of the congregation, and give him a charge in their sight. 20 And put some of your honor on him so that all the congregation of the children of Israel will be obedient. 21 He will stand before Eleazar the priest, who will ask counsel for him by the judgment of Urim before the LORD: at his word they are to go out, and at his word they are to come in, both he, and all the children of Israel with him, all the congregation.