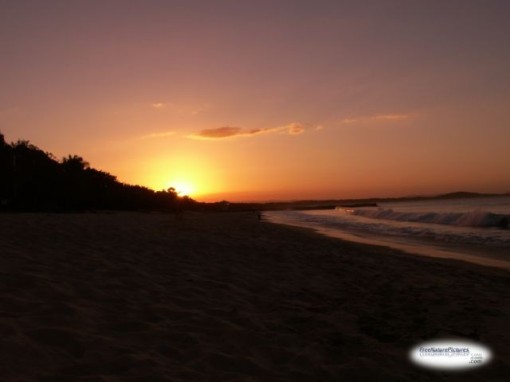 20 So Moses and Aaron, and all the congregation of the children of Israel, did to the Levites all that the LORD commanded Moses concerning the Levites, the children of Israel did this to them. 21 The Levites were purified, they washed their clothes; and Aaron offered them as an offering before the LORD; and Aaron made an atonement for them to cleanse them. 22 And after that the Levites went in to do their service in the tabernacle of the congregation before Aaron and before his sons: as the LORD had commanded Moses concerning the Levites, this is what they did to them. 23 And the LORD spoke to Moses saying, 24 This is what pertains to the Levites: from twenty and five years old and upward they will go in to war the warfare of the tabernacle of the congregation: 25 And from the age of fifty years they will return from the warfare, and will serve no more: 26 After retirement they may assist their fellow Levites by performing guard duty at the Tabernacle, but they may not officiate in the service. This is how you will assign duties to the Levites.

6 And certain men who were defiled by the dead body of a man so that they could not keep the Passover on that day came before Moses and before Aaron on that day: 7 And those men said to him, We are defiled by the dead body of a man: so are we kept back, not to offer an offering of the LORD in its appointed season among the children of Israel? 8 And Moses said to them, Stand still and I will hear what the LORD commands concerning you. 9 And the LORD spoke to Moses saying, 10 Speak to the children of Israel saying, If any man of you or of your posterity is unclean because of a dead body, or on a far journey, yet he desires to keep the Passover to the LORD. 11 They are to keep it the fourteenth day of the second month at evening, and eat it with unleavened bread and bitter herbs. 12 They are to leave none of it until morning, nor break any bone of it: they are to keep it according to all the ordinances of the Passover. 13 But the man that is clean, and is not in a journey, and neglects to keep the Passover, that soul will be cut off from among his people because he did not bring the offering of the LORD in his appointed season; that man will bear his sin.

14 And if a foreigner visits among you, and desires to keep the Passover to the LORD; according to the ordinance of the Passover, according to its way, he may do it: you have one ordinance, both for the foreigner, and for him that was born in the land.

God unites and organizes His people

1 Andthe LORD spoke to Moses saying, 2 Make two trumpets of silver; you are to make them from a whole piece: you are to use them for calling the assembly, and for moving the camps. 3 And when they blow with them, all the assembly is to assemble themselves to you at the door of the tabernacle of the congregation. 4 And if they blow just one trumpet, then the princes, who are leaders of the thousands of Israel are to gather themselves to you. 5 When you blow an alarm, then the camps that lie on the east side will go forward. 6 When you blow an alarm the second time, then the camps that lie on the south side will take their journey: they are to blow an alarm for their journeys. 7 But when the congregation is to be gathered together, you will blow but not sound an alarm. 8 And the sons of Aaron, the priests, are to blow the trumpets; this will be an ordinance to you forever throughout your generations.

9 And if you go to war in your land against the enemy that oppresses you, then you are to blow an alarm with the trumpets; and you will be remembered before the LORD your God, and you will be saved from your enemies. 10 Also in the day of gladness, and in your solemn days, and in the beginnings of your months, you are to blow with the trumpets over your burnt offerings, and over the sacrifices of your peace offerings; that they may be to you for a memorial before your God: I am the LORD your God.

God makes a place for everyone

29 And Moses said to Hobab, the son of Raguel the Midianite, Moses' father in law, We are journeying to the place of which the LORD said, I will give it to you: come with us, and we will do you good: for the LORD has spoken good concerning Israel. 30 And he said to him, I will not go; but I will go back to my own land, and to my relatives. 31 And he said, Please do not leave us, for you know how we are to camp in the wilderness, and you may eyes for us.

32 And it will be, if you go with us, yes, it will be, that what goodness the LORD will do to us, we will the same do to you. 33 And they departed from the mount of the LORD three days' journey: and the ark of the covenant of the LORD went before them in the three days' journey, to search for a resting place for them. 34 And the cloud of the LORD was on them by day, when they went out of the camp. 35 And it happened, when the ark set forward, that Moses said, Rise up, LORD, and let your enemies be scattered; and let them that hate you flee before you. 36 And when it rested, he said, Return, O LORD, to the many thousands of Israel.