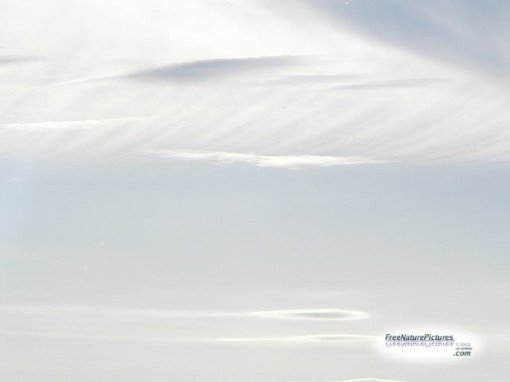 1 Isaac called Jacob and blessed him, and commanded him saying to him, Do not take a wife of the daughters of Canaan. 2 Get up, go to Padan-aram to the house of Bethuel your mother's father; and take for yourself a wife from there, from the daughters of Laban your mother's brother. 3 And God Almighty bless you, and make you fruitful, and multiply you so that you may be a multitude of people; 4 And give the blessing of Abraham to you and to your seed with you; that you may inherit the land where you are a foreigner that God gave to Abraham. 5 So Isaac sent Jacob away: and he went to Padan-aram to Laban, son of Bethuel the Syrian, the brother of Rebekah, Jacob's and Esau's mother.

6 When Esau saw that Isaac had blessed Jacob and sent him away to Padan-aram to take a wife from there; and that he blessed him and commanded him saying, You will not take a wife of the daughters of Canaan; 7 And that Jacob obeyed his father and his mother and went to Padan-aram; 8 when Esau saw that the daughters of Canaan did not please his father Isaac; 9 Esau went to Ishmael and added to the wives that he had, Mahalath, the daughter of Abraham’s son Ishmael, the sister of Nebajoth, to be his wife.

10 So Jacob left Beersheba and went toward Haran. 11 And he came to a certain place and stayed there all night because the sun had set; and he took stones from the place and put them under his head and lay down in that place. 12 And he dreamed and saw a stairway was placed on the earth with its top reaching to the heavens: and behold, the angels of God were going up and down on it. 13 And behold, the LORD stood above it, and said, I am the LORD God of Abraham your father and the God of Isaac: the land where you are lying, I will give it to you and to your seed; 14 And your seed will be like the dust of the earth, and you will spread abroad to the west, to the east, to the north, and to the south: and in you and in your seed all the families of the earth will be blessed.

The Lord is with us and guards us in all places; He will do all that He has promised

15 Look, I am with you, and will guard you in all places wherever you go, and will bring you again to this land; for I will not leave you until I have done what I said to you. 16 And Jacob woke from his sleep and said, The LORD is definitely in this place; and I did not know it. 17 And he was afraid and said, How awesome is this place! This is none other than the house of God, this is the gate of heaven. 18 So Jacob rose up early in the morning and took the stone that he had put under his head and set it up for a pillar and poured oil on the top of it. 19 And he called the name of that place Bethel/house of God: but the name of that city was previously called Luz. 20 And Jacob vowed a vow, saying, If God will be with me, and will guard me in this way that I go, and will give me bread to eat and clothes to put on. 21 So that I return to my father's house in peace; then the LORD will be my God: 22 And I have set this stone for a pillar that it will be God's house: and of all that you give me I will tithe a tenth to you.

7 And he said, look, it is still midday. It is not time for the cattle to be gathered together: water the sheep and go and feed them. 8 And they said, we cannot until all the flocks are gathered together, and until they roll the stone from the well's mouth; then we water the sheep. 9 And while he still spoke with them, Rachel came with her father's sheep: for she tended them. 10 And it happened when Jacob saw Rachel the daughter of Laban his mother's brother, and the sheep of Laban his mother's brother, that Jacob went near and rolled the stone from the well's mouth and watered the flock of Laban his mother's brother. 11 And Jacob kissed Rachel, and lifted up his voice and wept. 12 And Jacob told Rachel that he was her father's brother, and that he was Rebekah’s son: and she ran and told her father. 13 And it happened when Laban heard the news of Jacob his sister's son that he ran to meet him and embraced him and kissed him and brought him to his house. And he told Laban all these things. 14 And Laban said to him, surely you are my bone and my flesh. And he stayed with him a month. 15 And Laban said to Jacob, should you serve me for nothing because you are my relative? Tell me, what will your wages be? 16 And Laban had two daughters: the name of the older was Leah, and the name of the younger was Rachel. 17 Leah was tender eyed; but Rachel was beautiful of form and beautiful of face. 18 And Jacob loved Rachel; and said, I will serve seven years for Rachel your younger daughter. 19 And Laban said, It is better that I give her to you than to give her to another man: stay with me. 20 And Jacob served seven years for Rachel; and they seemed just a few days to him because of his love for her.

21 And Jacob said to Laban, Give me my wife, for my days are fulfilled, that I may go in unto her. 22 So Laban gathered together all the men of the place and made a feast. 23 And it happened in the evening, that he took Leah his daughter, and brought her to him; and he went in unto her. 24 And Laban gave to his daughter Leah, Zilpah his maid for a handmaid. 25 And in the morning, behold, it was Leah: and he said to Laban, What is this you have done to me? Did not I serve you for Rachel? Why have you tricked me? 26 And Laban said, It is not done that way in our country, to give the younger before the firstborn. 27 Fulfil the week of this one, and we will give you the other one also for the service that you will serve me, seven more years. 28 And Jacob did this, he fulfilled her week: and he gave him Rachel his daughter to wife also. 29 And Laban gave Bilhah his handmaid to Rachel his daughter to be her maid. 30 And he went in also to Rachel, and he loved Rachel more than Leah, and served with him seven more years.

31 And when the LORD saw that Leah was hated, he opened her womb: but Rachel was barren. 32 And Leah conceived and bore a son, and she called his name Reuben: for she said, Surely the LORD has looked on my affliction; now my husband will love me.

1 Now when Rachel saw that she bore Jacob no children, Rachel was jealous of her sister; and said to Jacob, Give me children or else I will die. 2 And Jacob's anger was kindled against Rachel: and he said, Am I in God's place, who has withheld from you the fruit of the womb? 3 And she said, See my maid Bilhah, go in to her; and she will bear upon my knees so that I may also have children by her. 4 So she gave him Bilhah her handmaid as a wife: and Jacob went in to her. 5 And Bilhah conceived, and bore Jacob a son. 6 And Rachel said, God has judged me, and has also heard my voice, and has given me a son: therefore she called his name Dan/judge.

17 And God listened to Leah, and she conceived and bore Jacob the fifth son. 18 And Leah said, God has given me my wages, because I have given my maiden to my husband: and she called his name Issachar/he will bring a reward. 19 And Leah conceived again and bore Jacob the sixth son. 20 And Leah said, God has endowed me with a good dowry; now will my husband dwell with me because I have born him six sons: and she called his name Zebulun/dwell. 21 And afterwards she bore a daughter, and called her name Dinah/justice.

22 And God remembered Rachel, and God listened to her, and opened her womb. 23 And she conceived, and bore a son; and said, God has taken away my reproach: 24 And she called his name Joseph/add; and said, The LORD will add to me another son. 25 And it happened when Rachel had born Joseph that Jacob said to Laban, Send me away so that I may go to my own place and to my country. 26 Give me my wives and my children for whom I have served you, and let me go: for you know my service that I have done for you. 27 But Laban said to him, Please, if I have found favor in your eyes, stay: for I have learned by experience that the LORD has blessed me for your sake.

28 And he said, Name your wages and I will give it. 29 And he said to him, You know how I have served you and how your livestock was with me. 30 You had little before I came, and it is now increased to a multitude; and the LORD has blessed you since my coming: now when will I provide for my own house also? 31 And he said, What shall I give you? Jacob said, You will not give me any thing: if you will do this thing for me, then I will feed and guard your flock again. 32 I will pass through all your flock today, removing from there all the speckled and spotted livestock, and all the brown livestock among the sheep, and the spotted and speckled among the goats: my wages will be from these. 33 By this my honesty will answer for me later, when you come concerning my wages: every one that is not speckled and spotted among the goats, and brown among the sheep, those will be considered stolen if it is with me. 34 And Laban said, Oh that it were according to your word.

35 And that day he removed the he goats that were striped and spotted, and all the she goats that were speckled and spotted, and every one that had some white in it, and all the brown among the sheep, and gave them into the hand of his sons. 36 And he set three days' journey (60-120 miles) between himself and Jacob: and Jacob fed the rest of Laban's flocks. 37 And Jacob took rods of green poplar, and of the hazel and chesnut tree; and peeled white stripes in them, and made the white appear that was in the rods. 38 And he set the rods that he had pealed before the flocks in the gutters in the watering troughs when the flocks came to drink, so that they would conceive when they came to drink. 39 And the flocks conceived before the rods, and brought forth striped, speckled, and spotted livestock. 40 And Jacob separated the lambs, and set the faces of the flocks toward the striped, and all the brown in the flock of Laban; and he put his own flocks by themselves, and did not put them with Laban's livestock. 41 And it happened, whenever the stronger livestock were mating, that Jacob laid the rods before the eyes of the livestock in the gutters so that they might conceive among the rods. 42 But when the cattle were feeble, he did not put them in: so the feebler were Laban's, and the stronger Jacob's. 43 And the man increased exceedingly, and had much livestock, female slaves, male slaves, camels, and asses.