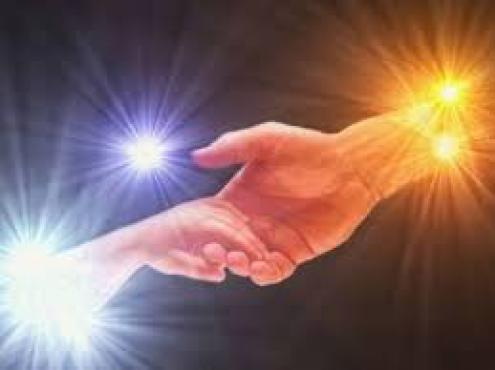 1 And it happened when men began to multiply on the face of the earth and daughters were born to them, 2 that the sons of God saw that the daughters of men were beautiful; and they took to themselves wives of all that they chose. 3 And the LORD said, My Spirit will not always strive with man, in their erring he is flesh: and his days will be 120 years. 4 The giants were on the earth in those days; and also afterwards, when the sons of God came in unto the daughters of men and they bare them children, they became heroes of ancient times, famous men.

5 And GOD saw that the wickedness of man was great on the earth, and that every imagination/purpose/desire of the thoughts of his heart was only evil every day. 6 And the LORD repented that he had made man on the earth, and it grieved him at his heart. 7 And the LORD said, I will destroy man whom I have created from the face of the earth; both man and beast and the creeping thing and the fowls of the air; I regret that I have made them.

8 But Noah found grace in the eyes of the LORD. 9 These are the birth histories of Noah: Noah was a just man and perfect in his generations/genetics, and Noah walked with God.

14 Make an ark of gopher wood; you will make nests/rooms in the ark, and yo u will cover it inside and out with pitch. 15 And of this is the design you will make it: The length of the ark will be 450 feet long, the width 75 feet, and the height 45 feet high. 16 Build a window all the way around the boat, 18 inches below the roof. Then put three decks inside the boat—bottom, middle, and upper—and put a door in the side. 17 Behold, I, even I, bring a flood of waters on the earth, to destroy all flesh from under heaven in which is the breath of life; and every thing that is in the earth will die.

God establishes His covenant with us

18 But I will establish my covenant with you; and you will come into the ark, you, and your sons, and your wife, and your sons' wives with you. 19 And you will bring two of every kind of living thing of all flesh into the ark to keep them alive with you; they will be male and female. 20 Of birds after their kind/species, and of animals after their kind, of every creeping thing of the earth after its kind, two of every sort will come to you to keep them alive. 21 And take of all food that is eaten, and gather it to you; and it will be for your food and for them. 22Noah did all that God commanded him, this is what he did.

1 And the LORD said to Noah, You and all your house come into the ark; for I have seen you righteous before me in this generation. 2 Take seven of every clean animal, the male and female: and two of animals that are not clean, the male and female. 3 Also take seven each of birds of the air, male and female, to keep the species alive on the face of all the earth. 4 For in seven days I will cause it to rain on the earth for forty days and forty nights; and I will destroy/blot out every living thing that I have made from off the face of the earth. 5 And Noah did all that the LORD commanded him.

6 And Noah was 600 years old when the flood of waters was on the earth. 7 And Noah went into the ark with his sons, his wife, and his sons' wives, because of the waters of the flood. 8 Clean animals and animals that are not clean, birds, and every thing that creeps on the earth, 9 went in two by two to Noah into the ark, the male and the female, as God had commanded Noah. 10 And it happened after seven days that the waters of the flood were upon the earth. 11 In the six hundredth year of Noah's life, in the second month, the seventeenth day of the month, that day, all the fountains of the great deep rose up, and the windows of heaven were opened.

23 And every living substance was destroyed that was on the face of the ground, man, livestock, the creeping things, and birds of the heaven; they were destroyed from the earth. Only Noah remained alive, and those that were with him in the ark. 24 And the waters prevailed on the earth 150 days.

1 And God remembered Noah, and every living thing, and all the animals that were with him in the ark: and God made a wind pass over the earth and the waters subsided. 2 The fountains of the deep and the windows of heaven were stopped, and the rain from heaven was held back; 3 And the waters receded steadily: and after the end of the 150 days the waters were decreased. 4 The ark rested on the mountains of Ararat in the seventh month, on the seventeenth day of the month, 5 And the waters decreased steadily until the tenth month: in the tenth month, on the first day of the month, the tops of the mountains were seen.

6 And at the end of forty days Noah opened the window of the ark that he had made: 7 And he sent out a raven, which came and went until the waters were dried up from off the earth. 8 He also sent out a dove to see if the waters were lifted from the face of the ground; 9 But the dove found no rest for the sole of her foot, and she returned to him in the ark because the waters were on the face of the whole earth: then he put out his hand and took her and pulled her to him into the ark. 10 And he waited another seven days and he sent the dove out of the ark again; 11 And the dove came in to him in the evening; and behold, in her mouth was plucked olive leaf: so Noah knew that the waters were abated from off the earth.

12 And he waited another seven days; and sent out the dove, which did not return to him any more. 13 It happened in the six hundred and first year, in the first month, the first day of the month, the waters were dried up from off the earth: and Noah removed the covering of the ark and looked; and behold, the face of the ground was dry. 14 And in the second month, on the twenty-seventh day of the month was the earth dry. 15 And God spoke to Noah, saying, 16 Go out of the ark, you, and your wife, and your sons, and your sons' wives with you. 17 Bring out with you every living thing that is with you, of all flesh, both birds, and animals, and of every creeping thing that creeps on the earth; that they may breed abundantly in the earth, and be fruitful, and multiply on the earth. 18 And Noah went out, and his sons, and his wife, and his sons' wives with him: 19 Every animal, every creeping thing, and every bird, and whatever creeps on the earth, after their families, went out of the ark. 20 And Noah built an altar to the LORD; and took of every clean animal, and of every clean bird, and offered burnt offerings on the altar.

21 And the LORD smelled a sweet aroma/savior of rest; and the LORD said in his heart, I will never again curse the ground for man's sake; though the imagination of man's heart is evil from his youth; neither will I again strike down every thing living, as I have done. 22 While the earth remains, seedtime and harvest, cold and heat, summer and winter, and day and night will not cease.