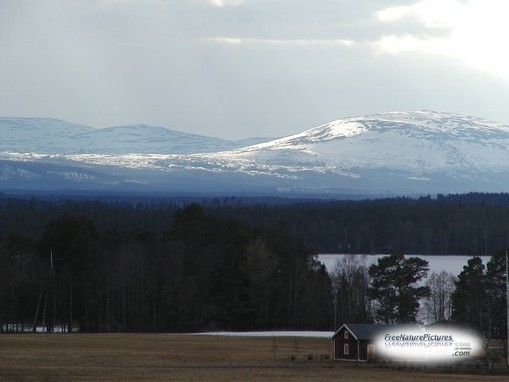 1 Then Joseph was not able to control himself before all those that stood by him; and he called out, Out! All of you. And no man stood with him when Joseph made himself known to his brothers. 2 And he wept aloud: and the Egyptians heard and the house of Pharaoh heard. 3 And Joseph said to his brothers, I am Joseph; Is my father still alive? And his brothers could not answer him because they were terrified at his presence. 4 And Joseph said to his brothers, Now come near to me. And they came near. And he said, I am Joseph your brother, who you sold into Egypt.

God sends ahead to preserve life

5 Do not be grieved or angry with yourselves that you sold me here: for God sent me before you to preserve life. 6 For the famine has been in the land two years: there are still five years in which there will not be plowing or harvest. 7 And God sent me before you to preserve a remnant for you in the earth, to save your lives by a great deliverance. 8 So now it was not you that sent me here, but God: and he has made me a father to Pharaoh, and lord of all of his house, and a ruler throughout all the land of Egypt.

Each time you share your faith with another person you are preserving their life eternally, if they believe. The eternal deliverance that god gives us is far greater than this deliverance from starvation.

14 Then he fell on his brother Benjamin's neck, and wept; and Benjamin wept on his neck. 15 He kissed all his bothers, and wept on them: and after that his brothers talked with him. 16 And the fame of it was heard in Pharaoh's house saying, Joseph's brothers have come: and it pleased Pharaoh and his servants well. 17 And Pharaoh said to Joseph, Say to your brothers, Do this; load your animals, and go to the land of Canaan; 18 And take your father and your households, and come to me: and I will give you the good of the land of Egypt, and you will eat the fat of the land.

19 Now you are commanded, do this; take wagons out of the land of Egypt for your little ones, and for your wives, and bring your father and come. 20 Also do not regard your stuff; for the good of all the land of Egypt is yours. 21 And the children of Israel did so: and Joseph gave them wagons, according to the commandment of Pharaoh, and gave them provision for the way. 22 He gave changes of clothing to each man; but to Benjamin he gave three hundred pieces of silver, and five changes of clothing. 23 And to his father he sent the following; ten asses loaded with the good things of Egypt, and ten she asses loaded with grain and bread and food for his father on the way. 24 So he sent his brothers away and they departed: and he said to them, See that you do not quarrel on the way. 25 So they left Egypt, and came into the land of Canaan to Jacob their father, 26 And told him saying, Joseph is still alive, and he is governor over all the land of Egypt. And Jacob's heart fainted, for he did not believe them. 27 And they told him all the words of Joseph that he had said to them: and when he saw the wagons that Joseph had sent to carry him, the spirit of Jacob their father revived: 28 And Israel said, It is enough; Joseph my son is still alive: I will go and see him before I die.

God goes with us into uncertain places

1 Israel took his journey with all that he had and came to Beersheba and offered sacrifices to the God of his father Isaac. 2 And God spoke to Israel in visions of the night and said, Jacob, Jacob. And he said, Here I am. 3 And he said, I am God, the God of your father: do not fear to go down to Egypt; for there I will make you into a great nation: 4 I will go down with you into Egypt; and I will surely bring you up again: and Joseph will put his hand on your eyes.

5 And Jacob rose up from Beersheba: and the sons of Israel carried Jacob their father, and their little ones, and their wives in the wagons that Pharaoh had sent to carry him. 6 And they took their livestock, and their goods that they had gotten in the land of Canaan and came into Egypt, Jacob, and all his seed with him: 7 He brought with him all his seed, his sons and his grandsons, his daughters, and his granddaughters into Egypt.

28 And he sent Judah before him to Joseph, to direct his face to Goshen; and they came into the land of Goshen. 29 And Joseph hitched his chariot and went up to Goshen to meet his father Israel and presented himself to him; and he fell on his neck and wept on his neck a good while.

30 And Israel said to Joseph, Now let me die since I have seen your face, because you are still alive. 31 And Joseph said to his brothers and to his father's house, I will go up and show Pharaoh and say to him, My brothers, and my father's house that were in the land of Canaan have come to me; 32 These men are shepherds, livestock breeders; and they have brought their flocks, and their herds, and all that they have. 33 And it will happen, when Pharaoh calls you and says, What is your occupation? 34 You say, Your servants' have been livestock breeders from our youth even until now, both we, and our ancestors: so that you may dwell in the land of Goshen; for every shepherd is an abomination to the Egyptians.

11 So Joseph settled his father and his brothers, and gave them a possession in the land of Egypt, in the best of the land, in the land of Rameses, as Pharaoh had commanded. 12 And Joseph nourished his father, and his brothers, and all his father's household with food, as a little child is nourished. 13 And there was no food in all the land because the famine was very severe, so that the land of Egypt and all the land of Canaan fainted because of the famine. 14 And Joseph gathered up all the money that was found in the land of Egypt, and in the land of Canaan, for the grain that they bought: and Joseph brought the money into Pharaoh's house. 15 And when the money was all spent in the land of Egypt and in the land of Canaan, all the Egyptians came to Joseph and said, Give us food: for why should we die in your presence? For the money is gone. 16 And Joseph said, Give your livestock; and I will give you for your livestock, if money fails. 17 And they brought their livestock to Joseph: and Joseph gave them food in exchange for horses, and for the flocks, and for the cattle of the herds, and for the asses: and he fed them with food for all their livestock for that year. 18 When that year was ended, they came to him the second year and said to him, We will not hide it from my lord, how that our money is spent; my lord also has our herds of livestock; there is nothing left in the sight of my lord but our bodies and our lands: 19 Why should we die before your eyes, both we and our land? Buy us and our land for food, and we and our land will be servants to Pharaoh: and give us seed, that we may live and not die, that the land not be desolate.

20 And Joseph bought all the land of Egypt for Pharaoh; for the Egyptians, every man sold his field, because the famine prevailed over them: so the land became Pharaoh's. 21 And as for the people, he moved them to cities from one end of the borders of Egypt even to the other end of it. 22 Only he did not buy the land of the priests; for the priests had a portion assigned them from Pharaoh, and ate their portion that Pharaoh gave them: so they did not sell their lands.

23 Then Joseph said to the people, Behold, I have bought you this day and your land for Pharaoh: look, here is seed for you to sow the land. 24 And it will come to pass in the increase, that you will give the fifth part to Pharaoh, and four parts will be your own, for seed of the field, and for your food, and for those of your households, and for food for your little ones. 25 And they said, You have saved our lives: let us find grace in the sight of my lord, and we will be Pharaoh's servants. 26 And Joseph made it a law over the land of Egypt to this day, for Pharaoh to have the fifth part/20 percent; except the land of the priests only, which did not become Pharaoh's.

27 And Israel dwelt in the land of Egypt, in the country of Goshen; and they had possessions in it, and grew and multiplied exceedingly. 28 And Jacob lived in the land of Egypt seventeen years: so the whole age of Jacob was 147 years. 29 And the time drew near that Israel must die: and he called his son Joseph and said to him, Now if I have found grace in your sight, please put your hand under my thigh, and deal kindly and truly with me; I beg you, do not bury me in Egypt: 30 Let me lie with my fathers, and carry me out of Egypt, and bury me in their burying-place. And he said, I will do as you have said. 31 And he said, Swear to me. And he swore to him. And Israel bowed himself on the bed's head.