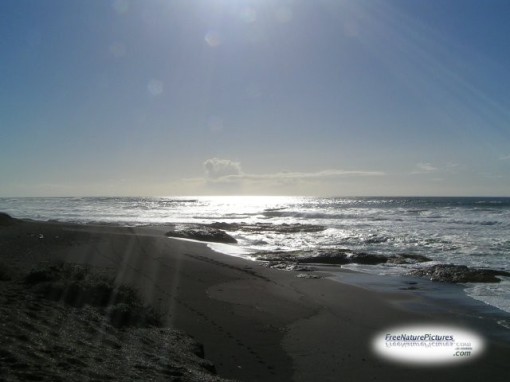 1 Now Jacob lifted up his eyes, looked, and saw Esau coming, and 400 men with him. And he divided the children to Leah, and Rachel, and the two handmaids. 2 And he put the handmaids and their children in front, then Leah and her children after, and Rachel and Joseph last. 3 And he crossed over before them and bowed himself to the ground seven times, until he came near his brother. 4 And Esau ran to meet him, embraced him, fell on his neck, and kissed him: and they wept.

God has graciously given us all that we have

5 And he lifted up his eyes and saw the women and the children and said, Who are those with you? And he said, The children that God has graciously given your servant. 6 Then the handmaidens came near, they and their children, and they bowed themselves. 7 Also Leah with her children came near, and bowed themselves: and afterward Joseph came near and Rachel, and they bowed themselves. 8 And he said, What do you mean by this herd that I met? And he said, These are to find grace in the sight of my lord. 9 And Esau said, I have plenty my brother; keep what you have for yourself. 10 And Jacob said, No, I beg you, if I have found grace in your sight, then receive my gift at my hand: for I have seen your face as though I had seen the face of God, and you were pleased with me.

11 I beg you, take my blessing that I brought to you; because God has dealt graciously with me and because I have all things. And he urged him, and he took it. 12 And he said, Let us take our journey and go, and I will go before you. 13 And he said to him, My lord knows that the children are tender, and the flocks and herds with me are nursing: and if men drive them hard one day, all the flock will die. 14 Please, my lord, cross over before his servant: and I will move on my stages at my ease, according to the pace of the herds that go before me and as the children are able to endure, until I come to my lord at Seir.

15 And Esau said, Let me leave with you some of the people that are with me. And he said, That is not necessary. Let me find grace in the sight of my lord. 16 So Esau returned that day on his way to Seir. 17 And Jacob journeyed to Succoth and built himself a house, and made pens for his livestock: therefore the name of the place is called Succoth. 18 Now Jacob came safely to the city of Shechem which is in the land of Canaan, as he came from Padan-aram; and camped in front of the city. 19 And he bought that part of the field where he had spread his tent from the hand of the children of Hamor, Shechem's father, for a hundred pieces of money. 20 And he erected an altar there, and called it El-elohe-Israel/God, the mighty God of Israel.

1 And Dinah the daughter of Leah, who she bore to Jacob, went out to see the daughters of the land. 2 And when Shechem the son of Hamor the Hivite, prince of the country saw her, he took her and lay with her and defiled her. 3 And his soul clung to Dinah the daughter of Jacob, and he loved the girl and spoke to her heart. 4 And Shechem spoke to his father Hamor saying, Take this girl to me for a wife. 5 And Jacob heard that he had defiled his daughter Dinah: now his sons were with his flocks in the field: and Jacob held his peace until they came. 6 And Shechem’s father Hamor went out to speak with Jacob. 7 And Jacob’s sons came out of the field when they heard it: the men were grieved, they were furious because he had disgraced Israel by lying with Jacob's daughter which should not be done. 8 And Hamor spoke with them saying, The soul of my son Shechem longs for your daughter: Please give her to him for a wife. 9 Intermarry with us, and give your daughters to us and take our daughters to you.

10 And you will dwell with us: and the land will be before you; dwell and trade in it, and get property. 11And Shechem said to her father and to her brothers, If I find favor in your eyes, I will give whatever you say to me. 12 Heap on me whatever bride price and gift, and I will give as you say: but give me the girl to wife. 13 And the sons of Jacob answered Shechem and Hamor speaking with deceit because he had defiled Dinah, their sister: 14 And they said to them, We cannot do this thing, to give our sister to one that is uncircumcised for that is a disgrace to us: 15 We will consent to you only on this condition: If you will become like us, that every male of you be circumcised; 16 Then will we give our daughters to you, and we will take your daughters to us, and we will dwell with you, and we will become one people. 17 But if you will not listen to us to be circumcised then will we take our daughter and we will be gone. 18 And their words pleased Hamor, and Shechem, Hamor's son. 19 And the young man did not hesitate to do the thing because he had delight in Jacob's daughter: and he was more honorable than all his father’s house.

20 So Hamor and his son Shechem came to the gate of their city and spoke with the men of their city saying, 21These men are friendly with us; therefore let them dwell in the land and trade in it; for look, the land is large enough for them; let us take their daughters to us for wives, and let us give them our daughters. 22 Only in this condition the men will consent to dwell with us, and to be one people, if every male among us is circumcised as they are circumcised. 2 3 Will not their flocks and their wealth and their beasts of burden be ours? Only let us consent to them, and they will dwell with us.

28 They took their flocks, herds, asses, what was in the city, what was in the field, 29 all their wealth: and they took captive all their little ones and their wives, and plundered all that was in the house. 30 And Jacob said to Simeon and Levi, You have brought trouble on me and made me stink among the inhabitants of the land, among the Canaanites and the Perizzites: and I am few in number. They will gather themselves together against me and kill me; and I will be destroyed, I and my house. 31 And they said, Should he treat our sister like a harlot?

1 And God said to Jacob, Get up, go up to Bethel and dwell there: and make an altar there to God who appeared to you when you fled from the face of your brother Esau. 2 Then Jacob said to his household and to all that were with him, Put away the foreign gods that are among you, bathe, and change your clothes: 3 And let us get up and go to Bethel; I will make an altar there to God, who answered me in the day of my distress, and was with me in the way which I went. 4 And they gave Jacob all the foreign gods that were in their hand, and all their earrings that were in their ears; and Jacob hid them under the oak that was by Shechem.

5 And they journeyed: and the terror of God was upon the cities that were round about them, and they did not pursue the sons of Jacob. 6 So Jacob came to Luz which is in the land of Canaan, that is Bethel, he and all the people that were with him. 7 And he built an altar there, and called the place Elbethel/God of Bethel: because God appeared to him there when he fled from the face of his brother. 8 But Deborah, Rebekah's nurse, died, and she was buried below Bethel under an oak: and the name of it was called Allonbachuth/oak of weeping. 9 And God had appeared to Jacob again when he came out of Padan-aram, and blessed him. 10 God said to him, Your name is Jacob: your name will no longer be called Jacob but your name will be Israel: and he called his name Israel. 11 And God said to him, I am God Almighty: be fruitful and multiply; a nation and a company of nations will be from you, and kings will come out of your loins; 12 And the land that I gave Abraham and Isaac, I will give it to you and to your seed after you I will give the land. 13 And God ascended from him in the place where he talked with him. 14 And Jacob set up a pillar in the place where he talked with him, a stone pillar: and he poured a drink offering on it, and he poured oil on it. 15 And Jacob called the name of the place where God spoke with him, Bethel.

16 And they traveled from Bethel; and there was still ways to go to Ephrath/Bethlehem: and Rachel went into labor, she had hard labor. 17 And it happened when she was in hard labor that the midwife said to her, Do not fear; this also is a son for you. 18 And as her soul was departing, (for she died) that she called his name Benoni/son of my sorrow: but his father called him Benjamin/son of my right hand. 19 And Rachel died, and was buried in the way to Ephrath, which is Bethlehem. 20 And Jacob set a pillar on her grave: that is the pillar of Rachel's grave to this day.

21 And Israel journeyed and spread his tent beyond the tower of Edar. 22 And it happened when Israel dwelt in that land that Reuben went and lay with Bilhah his father's concubine: and Israel heard it. Now Jacob had twelve sons: 23 The sons of Leah; Jacob's firstborn Reuben, Simeon, Levi, Judah, Issachar, Zebulun: 24 The sons of Rachel; Joseph and Benjamin: 25 And the sons of Bilhah, Rachel's handmaid; Dan and Naphtali: 26 And the sons of Zilpah, Leah's handmaid; Gad, and Asher: these are the sons of Jacob that were born to him in Padan-aram. 27 And Jacob came to Isaac his father to Mamre, city of Arbah, which is Hebron, where Abraham and Isaac sojourned. 28 And the days of Isaac were 180 years. 29 So Isaac breathed out his soul, and died, and was gathered to his people, being old and satisfied with days: and his sons Esau and Jacob buried him.