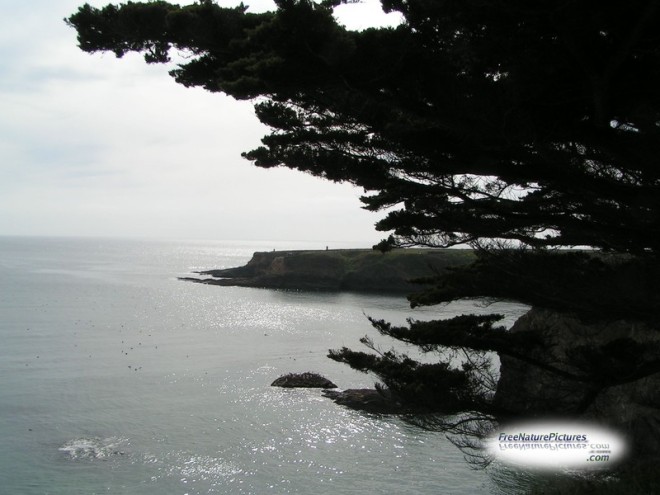 1 And it happened after these things, that someone told Joseph, Behold your father is sick: and he took with him his two sons, Manasseh and Ephraim. 2 And someone told Jacob saying, Behold, your son Joseph comes to you: and Israel strengthened himself, and sat up on the bed. 3 And Jacob said to Joseph, God Almighty appeared to me at Luz in the land of Canaan and blessed me, 4 And said to me, Behold, I will make you fruitful and multiply you, and I will make of you a multitude of people; and will give this land to your seed after you for an everlasting possession.

5 And now your two sons, Ephraim and Manasseh, who were born to you in the land of Egypt before I came to you in Egypt, are mine; like Reuben and Simeon, they will be mine. 6 And your offspring that you have after them, will be yours, and will be called after the name of their brothers in their inheritance. 7 And as for me, when I came from Padan, Rachel died by me in the land of Canaan in the way, when there was still a little way to come to Ephrath: and I buried her there in the way of Ephrath; the same is Bethlehem.

8 And Israel saw Joseph's sons and said, Who are these? 9 And Joseph said to his father, They are my sons, whom God has given me in this place. And he said, Please bring them to me and I will bless them. 10 Now the eyes of Israel were dim for age, so that he could not see. And he brought them near to him; and he kissed them and embraced them. 11 And Israel said to Joseph, I had not thought to see yours face: and, look, God has showed me your seed also.

The LORD redeems us from all evil

12 And Joseph brought them out from between his knees, and he bowed himself with his face to the earth. 13 And Joseph took them both, Ephraim in his right hand toward Israel's left hand, and Manasseh in his left hand toward Israel's right hand, and brought them near to him. 14 And Israel stretched out his right hand, and laid it on Ephraim's head, who was the younger, and his left hand on Manasseh's head, guiding his hands intelligently; for Manasseh was the firstborn. 15 And he blessed Joseph, and said, God, before whom my fathers Abraham and Isaac walked, the God who fed me all my life long to this day, 16 The Angel who redeemed me from all evil, bless the lads; and let my name be named on them, and the name of my fathers Abraham and Isaac; and let them increase like fish into a multitude in the midst of the earth.

17 And when Joseph saw that his father laid his right hand on the head of Ephraim, it was evil/wrong in his eyes: and he held up his father's hand, to remove it from Ephraim's head to Manasseh's head. 18 And Joseph said to his father, Not this my father: for this is the firstborn; put your right hand on his head. 19 And his father refused and said, I know it, my son, I know it: he also will become a people, and he also will be great: but truly his younger brother will be greater than he, and his seed will become a multitude/fullness of nations/swarm like fishes. 20 And he blessed them that day saying, In you Israel will bless saying, God make you as Ephraim and as Manasseh: and he set Ephraim before Manasseh. 21 And Israel said to Joseph, Behold, I die: but God will be with you, and bring you again to the land of your fathers. 22 Moreover I have given to you one portion above your brothers that I took out of the hand of the Amorite with my sword and with my bow.

1 And Jacob called to his sons and said, Gather yourselves together so that I can tell you what will happen to you in the days to come. 2 Gather yourselves together and hear, sons of Jacob; and listen to Israel your father. 3 Reuben, you are my firstborn, my might, the beginning of my strength, the excellency of dignity, and the excellency of power: 4 Unstable as water, you will not excel because you went up to your father's bed; then you defiled it: he went up to my couch.

5 Simeon and Levi are brothers; their swords are weapons of violence in their dwellings. 6 O my soul, do not come into their council, to their assembly, my honor, do not unite: for in their anger they killed a man, and in their self-will they lamed oxen. 7 Cursed is their anger, for it was fierce; and their wrath, for it was cruel: I will disperse them in Jacob, and scatter them in Israel.

8 Judah, you are he who your brothers will praise: your hand will be on the neck of your enemies; your father's children will bow down before you. 9 Judah is a lion's whelp: from the prey, my son, you have gone up: he stooped down, he couched like a lion, and as an old lion; who will rouse him? 10 The scepter will not depart from Judah, nor a lawgiver from between his feet, until Shiloh comes; and unto him will be the gathering of the people.

11 Tying his foal to the vine, and his ass's colt to the choice vine; he washed his garments in wine, and his clothes in the blood of grapes: 12 His eyes will be red with wine, and his teeth white with milk.

13 Zebulun will dwell at the haven of the sea; and he will be a haven of ships; and his border will be unto Zidon.14 Issachar is a strong ass couching down between two burdens: 15 He saw that rest was good and that the land was pleasant; and bowed his shoulder to bear, and became a servant under tribute.

16 Dan will judge his people as one of the tribes of Israel. 17 Dan will be a serpent by the way, an arrow snake in the path that bites the horse heels so that his rider falls backward.

18 I have waited for your salvation, O LORD.

20 Out of Asher his bread will be fat, and he will yield royal dainties.

21 Naphtali is a hind let loose: he gives goodly words.

God is our shepherd who makes us strong

22 Joseph is a fruitful bough, a fruitful bough by a well; whose branches/ daughters run over the wall: 23 The archers have sorely grieved him, shot at him, and hated him: 24 But his bow remained in strength, and the arms of his hands were made strong by the hands of the mighty God of Jacob; (from there is the shepherd, the stone of Israel:) 25 By the God of your father who helps you and by the Almighty, who will bless you with the blessings of heaven above, blessings of the deep that lies under, blessings of the breasts and of the womb: 26 The blessings of your father have prevailed above the blessings of my forefathers to the utmost bounds of the everlasting hills: they will be on the head of Joseph, and on the crown of the head of him that was separated from his brothers.

27 Benjamin is like a ravenous wolf: in the morning he will devour the prey, and at night he will divide the plunder.

33 And when Jacob had made an end of commanding his sons, he gathered up his feet into the bed, and died, and was gathered unto his people.

1 Joseph fell on his father's face, wept on him, and kissed him. 2 And Joseph commanded his servants the physicians to embalm his father: so the physicians embalmed Israel. 3 Forty days were fulfilled for him; that is the period required for embalming: and the Egyptians wept for him 70 days.

4 And when the days of his mourning were past, Joseph spoke to the house of Pharaoh saying, Now if I have found grace in your eyes, Please speak in the ears of Pharaoh saying, 5 My father made me swear saying, Look, I am dying: bury me in my grave that I have dug for myself in the land of Canaan. Now please let me go up and bury my father, and I will return. 6 And Pharaoh said, Go up and bury your father, as he made you swear. 7 So Joseph went up to bury his father: and all the servants of Pharaoh went up with him, the elders of his house, and all the elders of the land of Egypt, 8 and all the house of Joseph, his brothers, and his father's house: they left only their little ones, their flocks, and their herds in the land of Goshen. 9 Both chariots and horsemen went up with him: it was a very great company. 10 And they came to the threshing floor of Atad, which is beyond Jordan, and they mourned there with a great and very heavy lamentation: he mourned for his father seven days.

11 And when the inhabitants of the land, the Canaanites, saw the mourning in the floor of Atad, they said, This is a grievous mourning to the Egyptians: therefore the name of it was called Abelmizraim, which is beyond Jordan. 12 And his sons did to him as he commanded them: 13 For his sons carried him into the land of Canaan, and buried him in the cave of the field of Machpelah, which Abraham bought with the field for a possession of a burying place from Ephron the Hittite, before Mamre.

14 After he had buried his father, Joseph returned to Egypt, he and his brothers, and all that went up with him to bury his father,. 15 And when Joseph's brothers saw that their father was dead, they said, now Joseph will hate us, and will certainly repay us all the evil that we did to him. 16 So they sent a messenger to Joseph saying, Your father commanded before he died saying, 17 Say this to Joseph, Please forgive the trespass of your brothers, and their sin; for they did evil to you: and now, we beg, forgive the trespass of the servants of the God of your father. And Joseph wept when they spoke to him. 18 And his brothers also went and fell down before his face; and they said, Behold, we are your servants.

God rules over all life; He turns evil into good to save many

19 And Joseph said to them, Do not fear: am I in the place of God? 20 But as for you, you plotted evil against me; but God wove it into good, to bring to pass, as it is this day, to save many people alive. 21 Now therefore do not fear: I will nourish you and your little ones. And he comforted them, and spoke kindly to them.

22 And Joseph lived in Egypt, he, and his father's house: and Joseph lived 110 years. 23 And Joseph saw Ephraim's children of the third generation: also the children of Machir, the son of Manasseh, were born on Joseph's knees. 24 And Joseph said to his brothers, I am dying: and God will definitely visit you, and bring you out of this land to the land that he swore to Abraham, to Isaac, and to Jacob. 25 And Joseph took an oath of the children of Israel, saying, God will definitely visit you, and you shall carry my bones up from here. 26 So Joseph died, being 110 years old: and they embalmed him, and he was put in a coffin in Egypt.